Flavor of the Week: Chaga, king of medicinal mushrooms 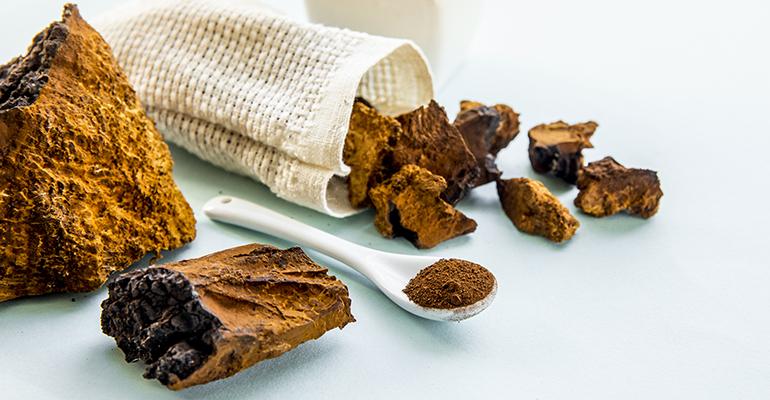 The chaga mushroom is praised for its high level of antioxidants, anti-inflammatory components, and immunity boosting compounds. As a result, it is sometimes referred to as the “king of medicinal mushrooms.”

It grows on birch trees, and is rust colored on the outside with a charcoal-like exterior. Chaga mushrooms are not eaten like other culinary fungi, but are instead generally used in powder form as a functional boost to coffee, tea and other non-alcoholic beverages.

Chaga mushrooms are found on fewer than 1% of menus across the United States, but they have grown in popularity recently and now are on 250% more menus than they were four years ago, according menu research firm Datassential. Approximately 11% of the population knows about the ingredient and 5% have tried it, mostly at independent restaurants or health-focused concepts.