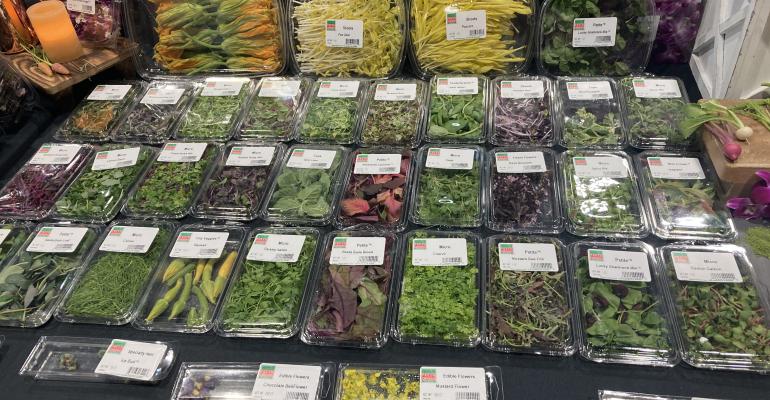 The conversations about new foods on exhibit at the National Restaurant Association Show have invariably been around the astonishing array of vegan replacements for animal products. The exhibition’s directory points to 51 suppliers of plant-based proteins, ranging from meatless versions of beef and chicken, to nut milks, dairy-free cheese substitutes, poultry-free eggs, porkless sausage, bacon made out of coconut oil and food starch, and analogs of fish including canned tuna and raw salmon.

There was even a meatless version of Spam.

But that’s not all that was on offer on the show floor: There was also a vegan alternative to dashi (normally made with bonito flakes) and fish sauce.

Beyond that, however, there were numerous value-added and time-saving products for restaurants facing unprecedented labor challenges, including frozen and bagged products such as mac & cheese and sausage gravy from JTM, and fully cooked Brazilian beef from Sampco, a division of JBS.

There were also a variety of items featuring on-trend flavors or creative techniques to allow restaurant operators to expand their culinary horizons.

Take a look at some of the items that fell outside of the show’s most popular category.