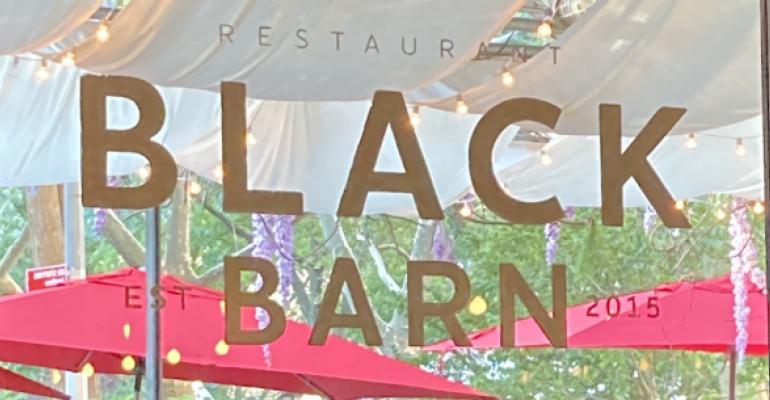 Black Barn and the Pfizer vaccine

The Food and Drug Administration’s approval on Tuesday of the Pfizer-BioNTech vaccine has been the topic of much excitement here in New York City this week, particularly in Midtown Manhattan where restaurant operators are hoping that the move will be the kick in the pants and/or green light that companies need to require their staff to get the vaccine against the novel coronavirus and then come back to work in the offices of New York City’s main central business district.

Why do they care? Because before the pandemic many hundreds of restaurants relied on the business of the hundreds of thousands of white-collar workers who commuted to Midtown every weekday.

Related: I’m back: A food writer and his diary emerge from quarantine

John Doherty, the executive chef of Black Barn in Midtown’s NoMad district, told me just that as he swung by my table at a special event.

Black Barn, a large, upscale restaurant headed up by Doherty, reopened for dinner on August 3 after closing in mid-March of last year, and it’s now serving weekend brunch, too, with hopes of opening for lunch after Labor Day if people start working in offices again.

The event was a celebration of the return of the U.S. Open to New York City, which is supposed to start on Monday, August 30. Promoting that is the Taste of Tennis Food Truck that was parked outside of Black Barn serving free boxes of Doherty’s chicken Milanese sandwich with tomato and pesto aïoli. 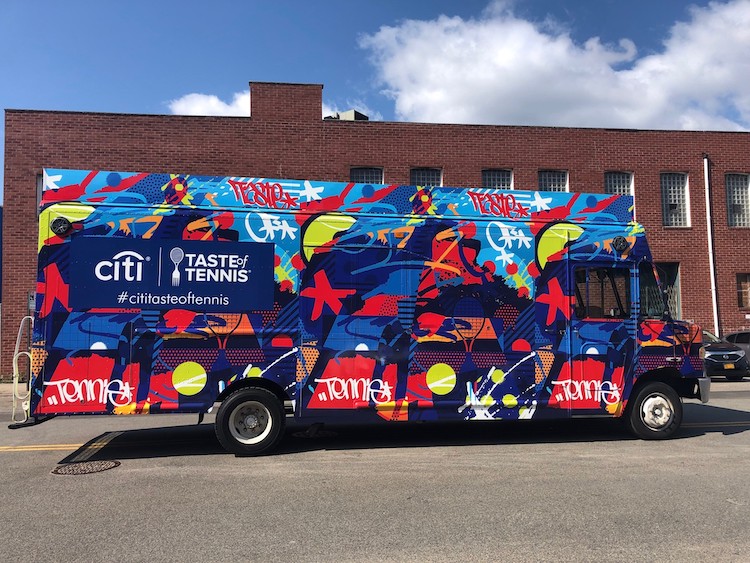 What does a roaming food truck have to do with tennis? I’m not sure. Here’s a link to the Taste of Tennis web site. Please let me know if you figure it out.

I think what happened was that Taste of Tennis used to be a high-profile charity fundraiser at which tennis stars stood with big-name chefs while they served bites of food to attendees. There was still a live event this year, on Thursday, August 26, at Tavern on the Green, which is very large and also has plenty of outdoor space for the cautious or unvaccinated, but there was also a series of stops by the food truck, I guess to promote, um, tennis?

I don’t know. I guess maybe that’s what happens when you know that a show must go on but you’re no longer sure what the show is exactly or how it’s supposed to go on, but you’ve already leased a food truck.

Anyway, Doherty was game, and so was I because I have known him since he was the executive chef of the Waldorf-Astoria hotel years ago and I have always liked him.

I didn’t stand in line for the food truck, but I did attend the reception inside, at which I sampled The Volley and Serve.

The Volley is a cocktail made with mezcal, tequila, honey, cucumber, basil and jalapeño pepper served in a cocktail glass with a spiced black salt rim. 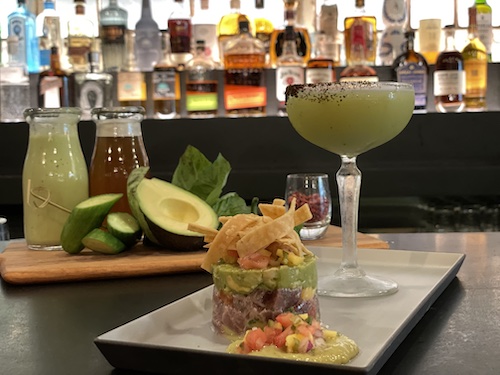 The Serve is tuna tartare with guacamole and tortilla strips. Black Barn is offering the duo as a special for $21 throughout the U.S. Open, which is scheduled to end on Sept. 12.

But will guests be coming in to have it for lunch?

Some will. MarketWatch reported last month that a growing number of New York City workers were going back to the office, but it also reported that a lot of them don’t want to endure the commute without a good reason to be in the office and would rather quit than do so.

Showing up because your boss wants you to, even though you’ve proven over the past year and a half that you’re perfectly capable of doing your job from home, is not a good reason. Neither is spending your money in Midtown restaurants.

Property developers have been harping on Manhattan commuters to get back to the office since last summer, and disgraced former New York governor Andrew Cuomo was singing the same tune in July, before he resigned in late August.

Their motivation is the same. They want us to go where the developers and campaign contributors have invested a lot of money based on the assumption, extremely reasonable at the time, that we office workers were going to continue to trundle to offices every day.

But we don’t have to anymore. Many of us have found better quality of life working from home, and we’re not merely cogs in politicians’ and developers’ economy machine. We’re living, breathing humans who, even if vaccinated (and please, go get vaccinated) don’t want to be exposed unnecessarily to respiratory illness. Nor do we want to waste our time on unnecessary commutes.

It does suck for all of those Midtown restaurants, though. I fear that times are going to stay tough there for a while, because a lot of those commuters are gone forever.

It would be cavalier for me to say that restaurateurs are just going to have to learn to deal with it, but if they’ve learned anything since spring of 2020, it’s that you have to adapt.