The Best Sandwiches of 2022 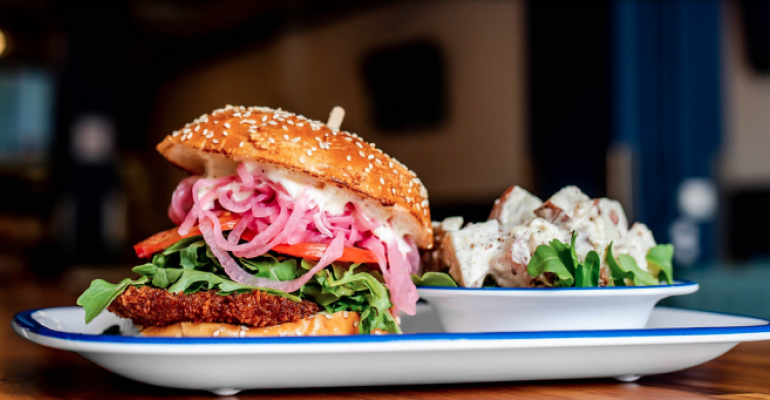 Sandwiches — convenient, versatile and usually affordable — remain a staple of the American diet, and Restaurant Hospitality’s Best Sandwiches competition remains a popular attraction, drawing some of the smartest independent restaurant operators who in turn provide inspiration for the industry as a whole.

As RH’s editors pored over the entries this year, we spotted a few notable trends. For one thing, vegetables are taking center stage with numerous handhelds, such as the char-grilled broccolini sandwich at Heritage in Long Beach, Calif., which offers its customers a meatless version of the classic Reuben, or the hash grilled cheese at Brekkie Shack in Columbus, Ohio, where a blend of sweet potatoes, Brussels sprouts, asparagus and radishes are at the heart of the sandwich.

Then there are the mashups, like the candied bacon tomato grilled cheese sandwich at Daddy Mac’s Down Home in Asheville, N.C., which has elements of a BLT and a Caprese salad, and the antipasto sandwich at Big Parm in Tustin, Calif., which as the name implies is a platter’s worth of Italian meat, cheese and vegetables on a roll.

Elegance — creating delicious meals but with restraint — are on display with The Glendale at Breadlam in Los Angeles, and with the subtle chicken club croissant at District South Kitchen & Craft in Tampa, Fla.

There’s plenty of Latino influence on sandwiches these days, such as the Torta Ahogada at MX Taco in Orlando., Fla., where the sandwich is literally drowned (ahogada in Spanish) in spicy tomato sauce, or the barbacoa melt at Toasted, also in Orlando.

At Havana 1957 Cuban Cuisine in Miami, the El Guapo, which means “the handsome,” is a striking Cubano-style sandwich, but with the Brazilian beef cut picanha.

Read on to learn more about this year’s winners of the Best Sandwiches competition, including one based on chicken and waffle, a crispy pork sandwich and a zippy porchetta.