McDonald's new CEO: The challenges ahead

The announcement that Steve Easterbrook will be the next president and CEO of McDonald’s Corp., replacing Don Thompson, who is retiring, came just days after McDonald’s reported a 0.9-percent decline in global same-store sales in the fourth quarter of 2014.

The company is facing problems throughout the world, including Asia, Russia and Europe, but its problems were most acute at home in the U.S. — where the chain reported a 1.1-percent decline in domestic system sales in 2014, the first such decline in at least 30 years. That followed a year of historically poor performance.

While McDonald’s still has higher unit volumes than its major competitors, and by far more units, the sales numbers illustrate historic challenges the company is trying to reverse. 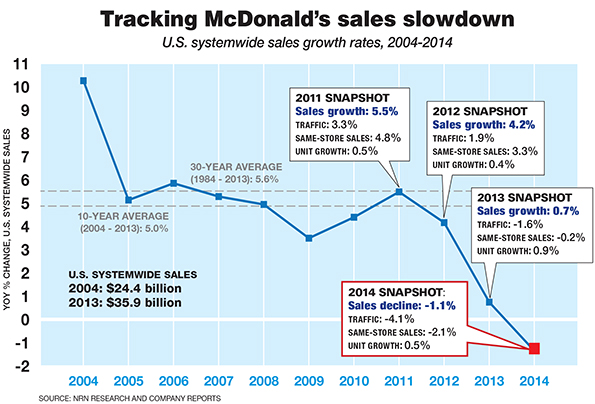