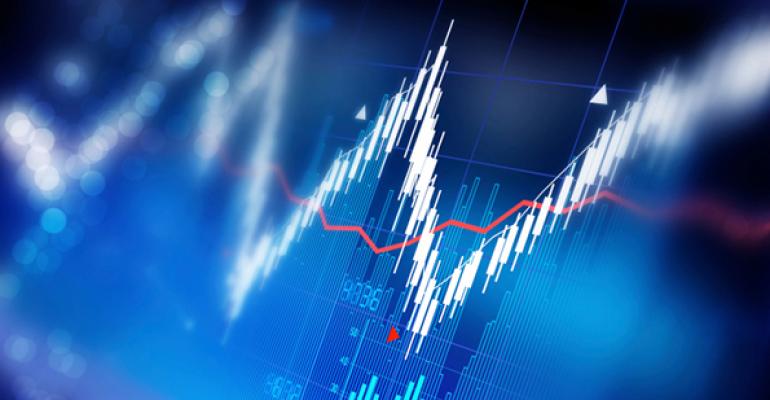 Restaurants could feel the impact if jittery consumers cut back

A day of volatility on Wall Street Monday has restaurant industry observers warning of a possible longer-term impact on consumer dining habits.

The U.S. stock market rebounded Tuesday after a punishing start to the week, including a 1,000-point dive by the Dow Jones Industrial Average — the most dramatic decline ever in one trading day. The turmoil was largely blamed on concerns over China’s economic stability.

Though “Turnaround Tuesday” showed the NRN Restaurant Index up about 1.55 percent around midday, Monday’s hit was expected to take a toll on consumer confidence. Some warned that restaurant operators should be prepared for consumers to cut back on spending if the stock market volatility continues.

“The big concern is: Will consumers adjust their habits,” said Bruce Reinstein, president of purchasing advisory firm Consolidated Concepts, based in Boston. “If the stock market drops more, restaurant operators will have to start worrying about customer counts.”

It usually begins with guests dining out less during the week, or buying a glass of wine with dinner, rather than a bottle, he said. Consumers may also be motivated more by value.

“It’s just the natural way people try to save money, but they still want to treat themselves,” he said.

Larry Miller, co-founder of the MillerPulse survey, said consumers were showing signs of cutting back on spending even before the investor chaos on Monday.

Miller cited a survey from ChangeWave Research on Aug. 20 indicating that consumer spending growth weakened in July and August as a result of uncertainty over global economic issues.

Spending overall, including on restaurants, slowed in August, despite hopes for a back-to-school-shopping rebound.

ChangeWave data also showed a decline in expectations for spending over the next three months.

Of about 2,100 people surveyed, 29 percent said they plan to spend more over the next 90 days compared with a year ago. That’s down 3 points from the 32 percent in July who planned to spend more.

ChangeWave also asked consumers if the state of the global economy would impact their discretionary spending, and 34 percent of respondents said they expected to cut back, compared with 22 percent surveyed in February, when the concern was more about Europe’s economic health.

Miller said he worries that stock market volatility will add to that lack of consumer confidence, which could have an impact for restaurants in the next couple of quarters.

“Consumers are definitely aware and, at the margin, they’re more likely to spend less,” he said. “Whether or not things change quickly in the global market to give more confidence, that remains to be seen.”

Stock market fluctuations are also more likely to impact households earning $100,000 or more, noted Miller. Those households represent about 45 percent of spending in the U.S.

However, Stephen Anderson, senior vice president and senior restaurant and consumer analyst for Maxim Group LLC, said the market dive is not likely to make consumers change their ways.

“My sense is that this is another one of those ‘buy the dip’ moments, like we saw back in 2011, that does not have a significant long-term impact on consumer spending,” Anderson said.

“In my view, the more important longer-term indicators for the health of the sector are employment” — specifically downward trends in jobless claims, he said.

Gains in real wages, which rose 2 percent in the second quarter, and, to a lesser extent, lower gas prices, will also help, he said.

“As for the restaurants themselves, I think those without a significant exposure overseas, particularly in China and other emerging markets, will do well, as they are users of now lower-cost commodities,” Anderson added.

“For the near term, at least, I don’t think it will have much of an impact,” Fernandez said.

On a year-over-year basis, he noted, restaurant same-store sales are in a much better place. Same-store sales rose 1.6 percent in July, slowing slightly over the previous month, but still showing growth.

“U.S. economic conditions are strong and improving,” he said. “For the rest of this year, we think restaurant comparable-store sales will be on the positive side.”