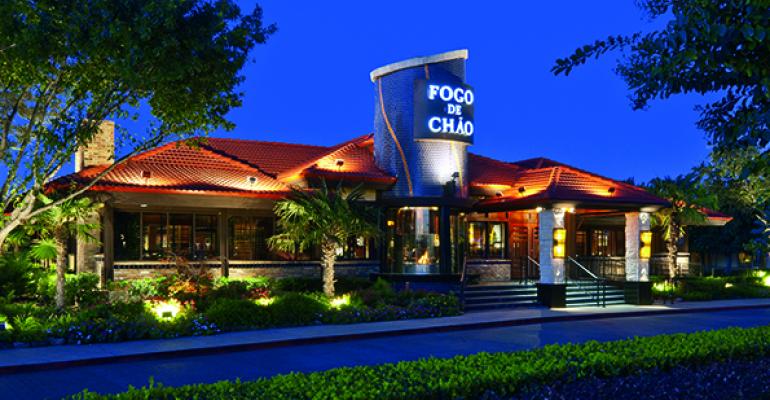 Fogo de Chao Inc. will take its chain of highly profitable Brazilian steakhouses to Wall Street in an initial public offering that is expected to raise up to $75 million, the company said Monday.

The 35-unit Fogo de Chão chain, which is owned by Thomas H. Lee Partners, plans to use funds from the IPO to repay some of its $243 million in debt.

It would be the third restaurant IPO of the year, following the successful January offering by Shake Shack Inc., as well as the expected IPO for quick-service chicken chain Bojangles'.

Investors have been giving high-growth consumer companies, particularly restaurants, strong valuations on the public markets, making IPOs much more desirable for private-equity groups and other sponsors looking to exit investments.

Dallas-based Fogo would operate one of the most profitable restaurants on the public markets. It has average unit volumes of $8 million and a restaurant contribution margin of 32.5 percent, according to SEC documents. In its filing, the company said that its restaurant margin would be the highest among publicly traded restaurant companies.

Its restaurant margin also ensures that it can quickly pay off new units. Cash on cash returns exceed 50 percent, meaning a location can be paid off in two years or less.

The company said that its restaurants are profitable because of a business model that ensures the efficiency of both food and labor costs. Restaurants butcher meat in house, which lets the company get the maximum yield on cuts, keeping food costs low.

It also uses Brazilian-style tableside service by “gaucho” chefs, who plate up to 20 cuts of meat tableside. The chefs rotate throughout the dining room, continually serving customers. That lets guests customize their experience and also keeps labor costs down.

Additionally, Fogo uses simple cooking techniques and has a self-serve market table that further reduces labor costs. The company said in its SEC filing that combined food and labor costs are 50.7 percent of revenue, which is 750 basis points lower than average among full-service restaurant chains. Fogo restaurants have an average check of $59.

Unit count has grown at least 10 percent per year following the recession. The company has grown from 22 locations in 2010 to 35 units today in the U.S. and Brazil, where the chain was founded in 1979.

Revenue has also grown during that time, from $169 million to $262 million.

Fogo reported operating income last year of $41.4 million and net income of $17.6 million. The company had more than $17 million in interest expense, which weighed down profit.

The company expects to continue growing its unit count by at least 10 percent a year, and said it can add another 100 locations in the U.S. It also expects to open three to five restaurants in Brazil over the next five years, and is looking to take the chain to other international markets.

Fogo anticipates that new 8,500-square-foot restaurants will average $7 million a year in sales and have cash-on-cash returns of 40 percent, but it noted in SEC filings that new units typically outperform such goals.