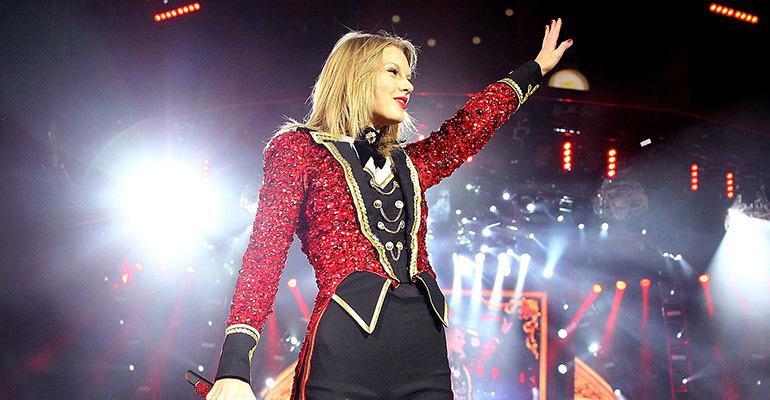 “We are never, ever, ever getting a regular caramel latte again.” Starbucks announced a partnership Friday with Taylor Swift in coordination with both Starbucks Red Cup season and the pop superstar’s release of her own version of her 2012 album, Red. Now Starbucks lovers and Swift fans can order Swift’s favorite drink, “Taylor’s Latte” or “Taylor’s Version:” a grande caramel nonfat latte.

Starbucks customers will be able to celebrate this collaboration by asking for a free customized “Taylor’s Version” drink sticker when ordering in stores or via drive-thru in U.S. and Canada Starbucks locations through Jan. 3. In the Starbucks app, customers can order the drink via a shortcut: click the Taylor app card and “order now" to order "Taylor's Version” for delivery or pickup.

Starbucks will also be celebrating by playing solely Taylor Swift music this weekend in stores (here’s the Spotify playlist) and have released a Starbucks-inspired egift card via the Starbucks app themed with the lyrics “Autumn Leaves Falling Down.”

In the days leading up to the celebrity partnership announcement both Starbucks and Swift herself were teasing the collaboration via Easter eggs on social media:

We appreciate the concern, but you need to calm down. We have full control of our account. ❤️

This could be a new era of celebrity endorsements bolstered by social media and fan-forward collaborations: Dunkin’ saw major success with its collaboration last year with TikToker Charli D’Amelio when she promoted her favorite drink, “The Charli” a medium cold brew with whole milk and three pumps of caramel flavor swirl. Just like this Dunkin’ collaboration, Taylor’s Latte is nothing new –the grande caramel nonfat latte was always on the menu-- but it is just being rebranded to hype up Starbucks and Swift fans.

Earlier this year, McDonald’s partnership with K-pop group BTS exploded as part of the quick-service chain’s Famous Orders collaboration series that also featured Saweetie, J. Balvin and Travis Scott. Unlike the Starbucks and Dunkin’ collaborations, McDonald’s did bring something new to the counter: Fans could order for a limited time McDonald’s BTS merch and the band’s signature meal, a 10-piece Chicken McNuggets, medium fries, medium coke, and Sweet Chili and Cajun dipping sauces, which were previously only available in South Korea.