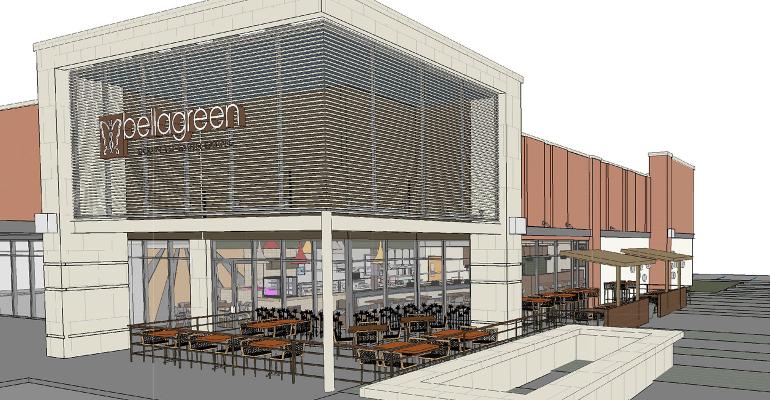 Ruggles Green to rebrand as Bellagreen

New prototype will debut this fall in Houston

The rebranding will debut in early October, with the opening of a new prototype restaurant in Houston’s Vintage Marketplace, the company said. The five existing locations will be rebranded by year’s end.

“The new name was selected to reflect our goal of creating beautiful food, while striving to make the world a more beautiful place,” Jason Morgan, CEO of Bellagreen Holdings LLC, said in statement.

“The combination of ‘bella,’ the Latin word meaning beautiful, and green, signifying our brand's philosophy of ‘down-to-earth eating,’ reinforces dishes that appeal to both your tastes and your eyes,” he said.

The new prototype will have an open kitchen to highlight the health-oriented menu.

Since all dishes are made to order, the restaurant will continue to cater to gluten-free, dairy-free and vegan diets.

“As we look toward continued growth for Bellagreen in Houston and entry into the Dallas market in early 2018, we’ve improved our restaurants’ aesthetic to better align with the focus of our brand, while maintaining our well-loved menu offerings,” Morgan said.