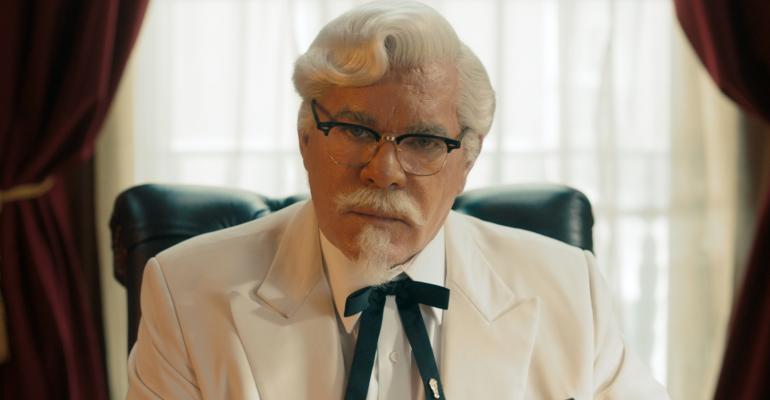 The actor, known for his roles in the movies “Goodfellas” and “Field of Dreams,” has become the latest actor or comedian to don the white suit and string tie to sell chicken.

In advertisements beginning Sunday, Liotta will be unable to decide which of the chain’s newest flavors of chicken he likes best: Georgia Gold honey mustard barbecue chicken, or the chain’s Nashville Hot variety.

KFC selected Liotta for his ability to play multi-faceted characters.

“When they asked me to take on twice the role of any Colonel before me, I thought, ‘Man, this is really going to be interesting and will be a role I haven’t been able to take on before,’” Liotta said in a statement. “But as I got into character and put on that infamous Colonel mustache I really was able to have fun with it and enjoy playing the person that is seen in commercials and billboards across the nation.”

KFC brought back the chain’s famous founder in 2015 with ads featuring the comedian Darrell Hammond. The Louisville, Ky.-based chain has regularly introduced a new actor or comedian to play Sanders in ads ever since, including Norm Macdonald, Jim Gaffigan, George Hamilton, Billy Zane and Rob Lowe, not to mention the Colonel himself in ads earlier this year.

The ads have been credited with helping to revive a chain that had struggled for years to generate positive sales.