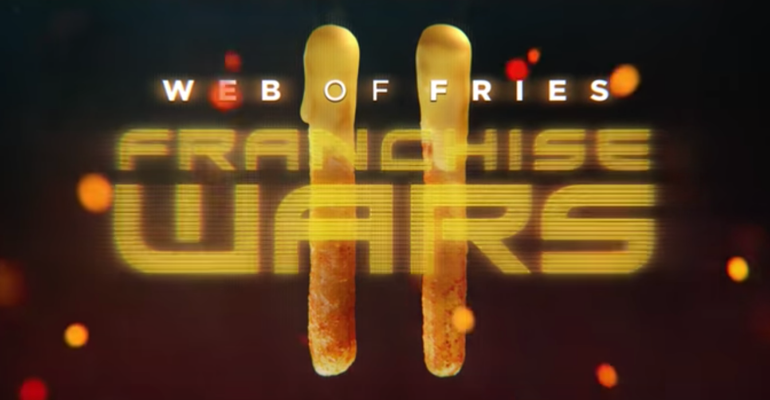 Taco Bell’s Nacho Fries returned to menus for a limited time on July 12. The item debuted in January and quickly became a record bestseller for the Irvine, Calif.-based operator.

#NachoFries are officially back. Now serving at a Taco Bell near you. pic.twitter.com/sHqYdJtiix

To celebrate the comeback of the fries, Taco Bell released a fake trailer inspired by the 1993 movie “Demolition Man.” In the futuristic sci-fi film, the quick-service brand is the only restaurant chain to have survived the “franchise wars.” The fictional Taco Bell logo from the movie

Taco Bell answers how in the ad shown above.