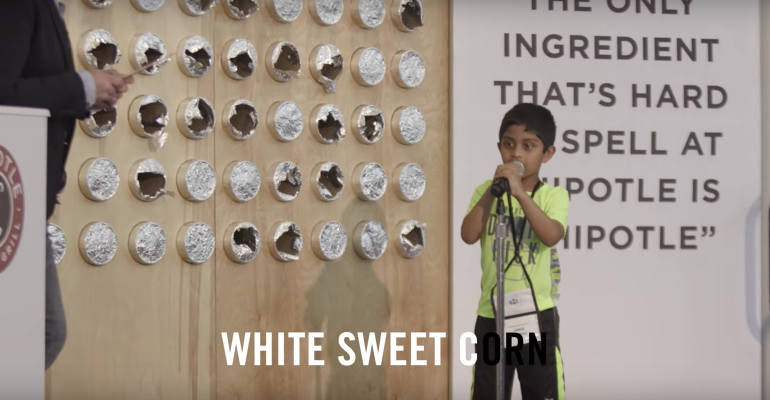 Chipotle's new ad highlights the natural ingredients used for its menu by drawing a comparison between the food offered at its restaurant competitors and that of its own brand. In the video above, the fast-casual chain is hosting its own take on the Scripps National Spelling Bee, which took place in Fort Washington, Md., May 26 through 31.

The spellers are seen struggling with words such as "tertiary butylhydroquinone" and "hydroxypropyl methylcellulose" from the ingredient list of other restaurants. Later, the participants are shown successfully spelling out components from Chipotle's menu such as "water" and "wheat flour."

According to the chain, the "only ingredient that's hard to spell at Chipotle is 'Chipotle.'"