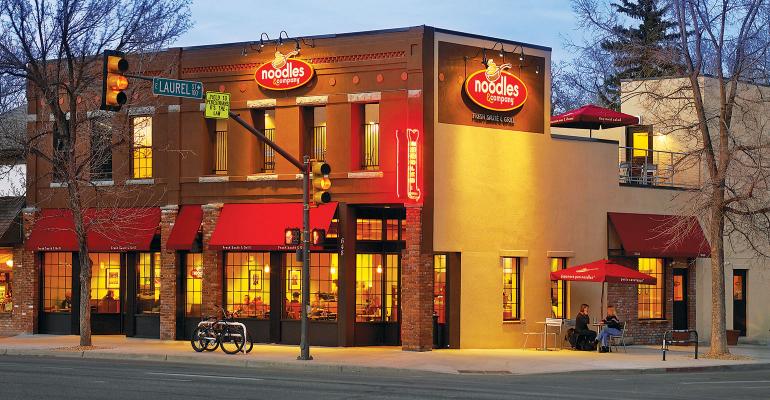 Denver’s Noodles & Company launched a rewards program this week in an effort to both energize its current customer base and learn more about them, the restaurant’s vice president of marketing Jonathan Tress told NRN.

Customers access the program through an app and is the first such rewards program in the company’s history.

Guests who enroll receive $3 off any offer valid for two weeks after their first transaction. They are also eligible for a reward if they refer friends to the program and can claim various “surprise” discounts based on their individual purchase history. “There’s lots of different ways for you to earn different rewards,” said Tress (left) discussing the program’s focus on customer specific deals rather than blanket specials.

“We’ll be able to see what you like,” he added. “We can start figuring out ways of optimizing those offers so they are actually relevant for you.”

The discounts are also not based on earned points but will look to draw in users who are visiting Noodles & Co less frequently by sending them offers designed to motivate a return trip. The chain is looking to get sharper insight into what customers want and a way to provide it.

Noodles & Co has struggled with its sales as of late. This winter the chain  announced plans to shutter 55 locations, a nearly 11% chunk of its 528 stores at the time.

The store closures were a result of a reported $71.7 million in yearly net losses at the close of Q4 2016.

The casual-dining chain generated a total sales figure of $559 million in the latest fiscal year, according to NRN’s Top 100 report.

Looking to turn the tide this spring, the brand opened nine new locations — eight company-owned and one franchised — in what interim CEO and CFO Dave Boennighausen described as  “low risk, healthy, established markets.”