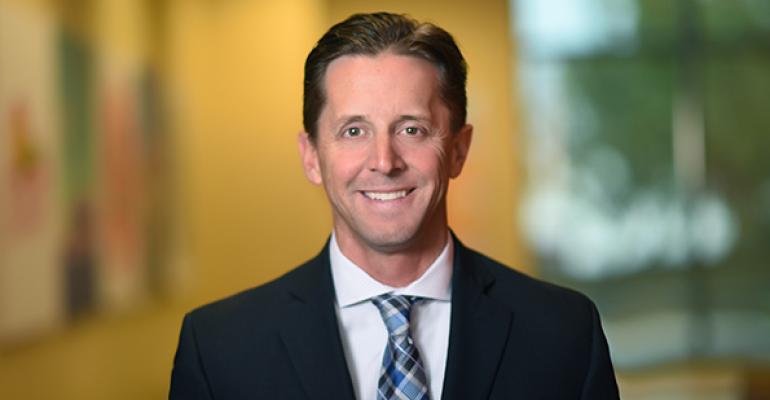 Del Taco has been on a new menu item binge since the spring.

The quick-service Mexican chain introduced Hass avocados in June, reworked its premium bowls in July, and added a new line of salads in September.

The 550-unit, Lake Forest, Calif.-based chain made the changes during the same time it was acquired by Levy Acquisition Corp. and made its debut on the public market.

Del Taco executive vice president and chief brand officer John Cappasola was recently in New York City with CEO Paul Murphy to ring the opening bell at the NASDAQ exchange. Cappasola spoke with Nation’s Restaurant News about how Del Taco has evolved since its brand, which has traditionally focused on value, relaunched with more premium cues in June 2013.

Del Taco had always essentially been a value-oriented, Mexican fast-food chain.
We started to look hard at what the business had to offer, and at consumers’ changing perceptions. They were placing higher importance on things like freshness and quality. We saw the fast-casual brands coming in and really changing the [competitive] landscape and getting consumers to think a little differently. What we saw in our data was that people kind of wanted their cake and to eat it, too: They really still wanted someone to give them the speed, convenience and value of fast food, but they didn’t want to have to settle.

We recognized as we spent time in our kitchens that we were doing things [that they were looking for] already. Our teams were already making pico de gallo from scratch, not bringing it in in a bag. We were seeing these ridiculously large blocks of Cheddar cheese coming in the back door, grilling chicken on a grill, because we have nice four-foot grills in the restaurant, because we also have a burger line that we do fresh at the restaurant.

But you weren’t getting credit for it.

You were marketing Del Taco as inexpensive when people were looking for quality.

Exactly. So we looked at it and said we know people want variety in this category. We know they want the speed and value piece, because that’s a given. But if we can also give them the great flavor that goes with our concept and add in the fact that you’re actually getting food that’s made to order — we’re using fresh ingredients, we’ve got a quality platform that we can build upon over time and continue to use to buttress our overall value proposition — we think we’ve got a winning formula.

We spent about 18 months restructuring our operating system, getting the restaurants ready for a re-imaging program. That was 2012 to mid-’13, and we relaunched to the consumer in April of 2013.

We knew that the overall experience was not just the menu or what we said in advertising. We knew every touch point had to have change or the consumer was going to go, ‘Hey, you guys are a value brand. I’ve been coming here for 30 years. What do you mean you’re fresh?’ So we had to give material cues for them to reappraise and start to think of us a little bit differently.

We’ve moved a cooler that was already in the restaurant into public view, called the “freshness cooler,” that contains the 40-pound block of cheese and produce and raw pinto beans. And it’s easier operationally than doing an exhibition-style make line. But it gives the same message and allows us to be very speedy through the drive thru, which is important.

How did the reimaging affect what you were doing operationally?

It allowed us to think differently in regard to our product innovation. We started to look at ways to attract consumers who maybe weren’t coming to the brand. Turkey was one of the first moves that we made. We started with our own ground turkey product, and then we went into a partnership with Jennie-O, and it’s been a really great way for us to attract female users, as well as just say something a little bit differently. It’s not going to be a tremendous part of the mix, but there’s a statement that’s made, and for people to come in and get that product, they know they can get it from Del Taco, and we’re the only one in the fast-food category doing ground turkey tacos. [Del Taco now works with a different turkey supplier.]

This year has been a really big year for us in regard to food. We launched fresh sliced avocados, and the team had to get adept at slicing and making fresh products with them. We launched a new Epic Burrito, which is a line we introduced a couple years ago. It’s about a 16-ounce product with half of an avocado in it and grilled chicken — just a really great, craveable, indulgent product, but really fresh feeling and available through a drive thru. That became our best-selling Epic Burrito, and we retooled our bowl line around the avocado and [other] fresh ingredients. And recently we just launched a line of Handcrafted Ensaladas. It’s not that that’s all we want to deliver as a brand. It’s a lot of what we deliver to live in this QSR-plus space that’s important to everyone these days.

But a lot of people just want ground beef with Cheddar cheese, lettuce and tomato.

Absolutely right, and we still do the Buck & Under Menu. We talk a lot to folks who say, ‘Help me understand this: You’re saying QSR-plus and you’re doing salads, but you’ve also got 12, 13, 15 items that are a dollar or less. How does that all work?’

And our point of view on the whole thing is we like being a little bit more on the QSR side [rather than QSR-plus] because that’s our heritage and we can do that really well through a drive thru, and we believe that we can work both sides [high-end and low-end quick service] because we have the same fresh ingredients that are going into the $1 Grilled Chicken Taco — it’s grilled chicken, freshly grated Cheddar cheese. It’s a great-tasting product for a buck.

At the same time we can step you up and give you a $5 burrito from the drive thru when you might be paying $8 for it at a fast-casual establishment.

Do those different menu categories attract different customers, or the same customers on different occasions?

You’re onto it with occasions. Buck & Under is a specific type of occasion: I’m going through the drive thru during lunch trying to get back to work, or I’m with my kids in the car going to a soccer game and I can get six, seven, eight things, spend $8-$10 and be on my way. And it’s wrapped; it’s convenient; I can eat it on the go if I need to.

As folks begin to understand and believe that we can do fresh through a drive thru, we look at it as a real share-stealing opportunity on the fast-casual side on those occasions — it could be Friday night or Saturday afternoon — when you’ve got a little bit more time on your hands.

We also see an opportunity for that incremental user who might have lapsed. We saw a lot of lapsed users over the last few years in fast food [as they traded up to fast casual].

The turkey-eating housewife, for example.

Exactly. If we can get those folks coming back, we can really win on both sides. But it does require us to do a wider array of menu items than we had done before.

How are the premium items selling?

We started at zero there, and it’s moving nearly into the double-digit range between those platforms [salads, bowls and burritos] from a sales-mix perspective, which we feel really good about. We also see in the consumer data that it’s bringing in new users in addition to bringing people in more frequently.

Yes, but the downside to that is that it could damage value perceptions, and if it does that then we could have a problem with core fast-food user traffic, which is high volume. But so far what we’ve found is that our freshness message has actually buttressed our value and affordability perceptions. Value and affordability marks have actually gotten stronger as we’ve been launching premium platforms.

How has the acquisition by Levy affected all of this?

Larry Levy is our chairman, and the Levy team brings great experience from the restaurant business. RJ Melman, Richard Melman’s son, is on our board. He’s going to be a great addition. Patrick Walsh, who’s [also] on the BJ’s board, is on our board now. We’ve got a board of restaurant folks who have moved in and out of the category, seen good success and have passion for food.

So we know that whether it be the menu, new operational concepts around the brand, whatever it might be, we’ve got a great bunch of folks who can help us take it to the next level.