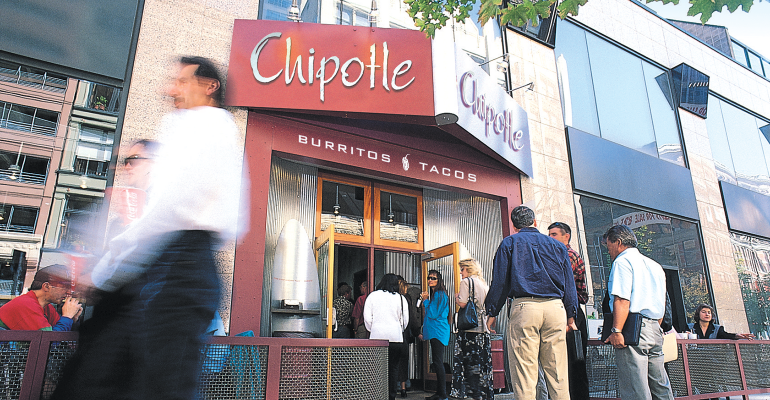 With the summer loyalty program over in September, Chipotle Mexican Grill Inc. on Tuesday launched a new opportunity for guests to win free food, this time with an online match game.

Based on the short film “A Love Story” that debuted in July, the new online game tests players’ memory skills and speed by matching up “real” Chipotle ingredients while avoiding the “imposters” that have added flavors or colors.

You don’t even have to win to get the promotion, and that’s good because it’s harder than it looks.

Those who play at Chipotle.com/alovestorygame earn a mobile buy-one/get-one entrée offer, redeemable at any Chipotle in the U.S. or Canada.

The game is the latest effort to boost Chipotle’s traffic trends after a series of foodborne illness outbreaks last year scared many customers off. The Denver-based chain has been struggling to return the marketing focus to ingredient quality and the brand’s commitment to humanely and responsibly raised meat, fresh produce and lack of artificial additives.

“A commitment to real, unprocessed ingredients remains central to our mission,” said Mark Crumpacker, Chipotle’s chief marketing and development officer. “This new game furthers the important themes in ‘A Love Story’ while reinforcing our commitment to sourcing the very best ingredients and preparing them using classic cooking techniques.”

It’s not the first time Chipotle has used gaming to get the attention of its many young users.

Earlier this year, the chain rolled out the game “Guac Hunter,” which allowed guests to win free guacamole and chips.

The new game is likely to inspire guests to watch the earlier short film, which Chipotle said has been viewed more than 61 million times. Research group Ace Metrix at one point said it was the highest scoring quick-service ad it had ever tested.

Chipotle said internal surveys showed 71 percent of respondents would be more likely to agree that the chain uses high-quality, whole ingredients after watching the film, and 65 percent said it made them more likely to trust the company.