For National Doughnut Day, the quick-service chain will offer patrons a free classic doughnut of their choice with any beverage purchase. Dunkin’ Donuts is based in Canton, Mass., and has more than 12,500 locations across 46 countries.

This Irish pub, located in Clifton and Ramsey, N.J., is putting a savory twist on the doughnut for the special day with its Doughnut Burger. The menu item will feature a grilled beef patty topped with pepper Jack cheese and bacon jam, served on a glazed doughnut with a side of chips.

On June 1, the Hollywood, Calif., location of this brand from actor Danny Trejo will partner with BigMouth Inc., a lifestyle product company. Customers will have the chance to take home goodies like coffee- and doughnut-themed pool floats, mugs and snow tubes.

The quick-service operator will treat customers to one free doughnut from the entire menu on June 1, with no purchase necessary. Krispy Kreme Doughnuts is based in Winston-Salem, N.C., and has nearly 1,400 locations across 32 countries.

For National Doughnut Day, this Minneapolis shop will serve a Salvation Army Bar — a white chocolate and raspberry doughnut bar. All sales of the bar will be donated to the Salvation Army. Cardigan will also have their own “donut lassies” handing out cake doughnuts to customers waiting in line as an homage to the roots of the holiday.

As a National Doughnut Day promotion to generate media buzz, Burger King will sell a Whopper Donut — their signature burger with a hole cut inside — along with its “hole,” a mini-slider. The special offer will only be available in five U.S. restaurants located in Boston, Miami, Los Angeles, New York City and Salt Lake City. Burger King is based in Miami and operates over 16,800 restaurants across more than 100 countries and U.S. territories. 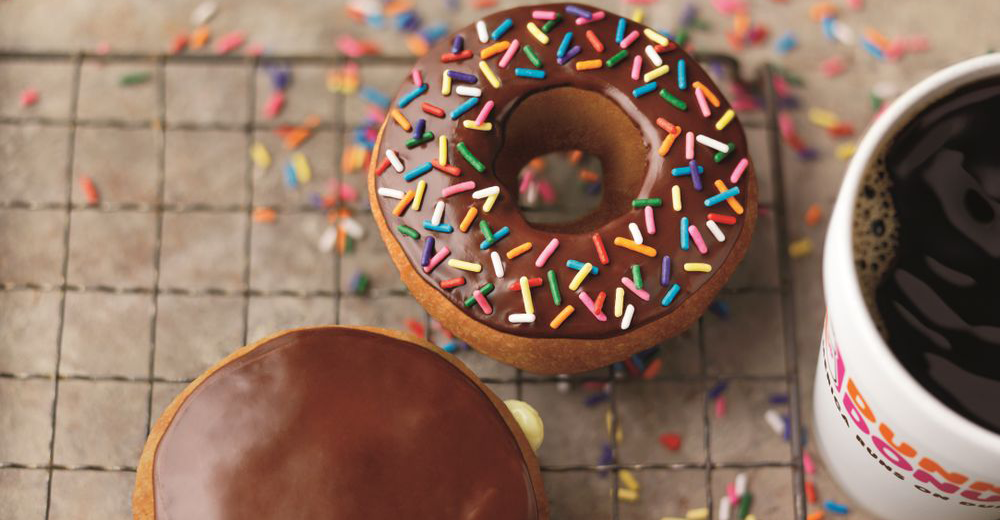