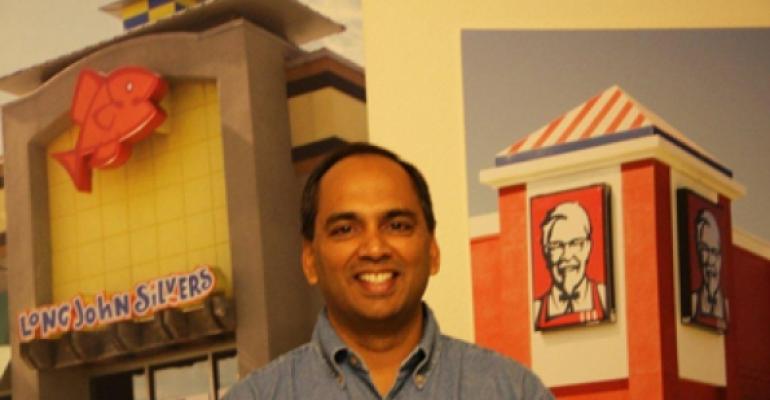 Also an organizer of the Dealmakers' Summit, Tabbassum Mumtaz speaks with NRN about navigating the current lending environment

As restaurant franchisees and single-unit operators look to expand, they find out just how much they don’t know about the financing needed to fund growth, which longtime restaurateur Tabbassum Mumtaz and other franchise executives aim to fix with next week’s Dealmakers’ Summit in Chicago.

Mumtaz, chief executive of Dallas-based Apex Restaurant Management, which operates more than 165 locations of KFC, Taco Bell and Long John Silver’s, is one of several organizers of the summit, which takes place Aug. 28-29 at the Hotel Sofitel Chicago Water Tower. The event is meant not only to educate franchisees about finding growth capital and understanding finance deals, but also to connect those operators and franchisors with private-equity firms and other investors.

“Franchisees who are more directly involved in their operations may not be as finance-savvy,” Mumtaz said. “It becomes challenging for them to deal with banks’ attitudes toward smaller companies, onerous covenants and third-party requirements.”

But if mid-level companies and small franchisees can navigate the current lending environment, there are plenty of opportunities for them to improve their stores, build new restaurants or acquire existing locations, Mumtaz said. He spoke with Nation’s Restaurant News about the need for restaurant brands and lenders to come together to help the industry keep growing.

How would you describe the current lending environment for a medium-size restaurant company like yours?

We’re seeing some easing in lending for the bigger companies, but the reality is that banks are still scrutinizing these things so much and are still tight. There are a lot of potential deals out there, but potential buyers are getting frustrated because for the past few years, the consumer confidence just wasn’t there to allow for growth. Plenty of people are trying to sell their restaurants, but buyers and investors have been sitting on their cash. Nobody knew what would happen.

That’s why we wanted to create an environment where folks could help each other and the franchising community. We wanted to create a platform to connect two solid, interested parties knowing that nobody is wasting the other person’s time. The banks are coming to this with a definite interest in investing in these kinds of deals.

What are the most important things growth-minded franchisees need to consider?

They need to understand exactly what they’re buying. When you’re a two- or three-unit franchisee, sometimes if a deal comes in and you just want to get it done, it could be a bad deal if you haven’t done your due diligence. If you’re able to make decent money on the bottom line, that’s the only time you go forward. You also have to be selling yourself to lenders as a potential buyer, not as somebody with ambition but without something in hand. Have a concrete business plan so that there can be solid dialogue — meaning you have to know how a lender would look at a potential deal.

As a Yum! Brands franchisee, you must see plenty of opportunities from franchisors looking to refranchise in the United States.

Definitely. KFC’s refranchising has been completed, but those opportunities will be out there for Pizza Hut, and Taco Bell is looking at another few years of spinoffs. There also are a lot of business owners who are obligated to do a lot of remodels but aren’t able to afford them, and can’t make some other covenants, so banks are helping them develop an exit strategy. We see deals from these brands and all sizes of their franchisees every month.

But do you agree with the widespread move to remodel and reimage restaurants that the major brands like McDonald’s and Wendy’s are advocating?

Yes, because most of the mature brands were suffering the past few years and really struggled with sales. They left their franchisees alone for a little bit to give them some breathing room, but now we’re seeing the economy taking longer to turn around. But I’m optimistic, since all of our brands are seeing positive sales and transactions. Now is the time to reinvest.

If a single-unit operator becomes able to finance her expansion after this summit, what advice would you give her?

The No. 1 thing I learned going from one store to multiple stores is that there is no difference in the fact that you’re going to need good people around you. You need them to support you. When you have one store, you’re focused solely on what’s within those four walls, and when you go to multiple units it’s important to share operations, training and marketing ideas.

We still have that challenge when we develop. But we have all these people on our team now that we have taken from one position in one store to overseeing several units, and I enjoy seeing our people grow.