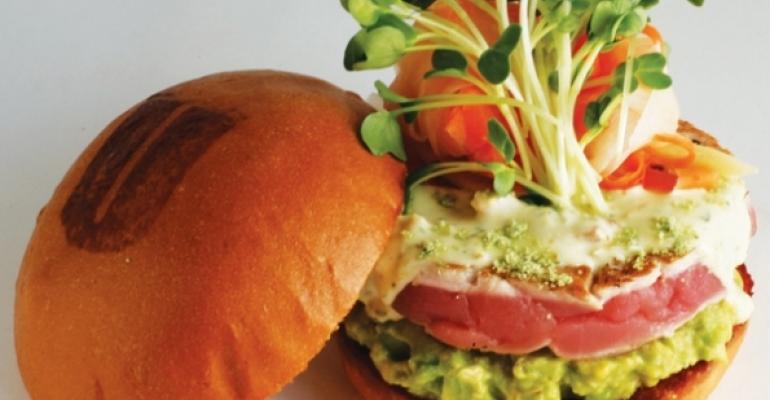 New York-based Fortress is a publicly traded global investment firm with about $51.5 billion in assets under management as of September 2012. The firm has been active in the restaurant segment over the past decade, primarily through real estate and sale-leaseback deals, as a lender and through equity investments.

Fortress officials described the Umami Burger deal as a direct loan. As a result of the investment, Fortress will receive a minority stake in Umami Burger and will collaborate on its expansion plan strategy, Umami officials said in a statement.

Umami Burger is known for premium burgers created with ingredients high in the “fifth taste,” or what the Japanese call “umami.” Chief executive Adam Fleischman founded the concept in 2009 in Los Angeles, and it has since grown to 15 locations throughout California.

This year, the chain plans to open 13 new units, including its first restaurants in New York and Miami.

In 2011, Los Angeles-based hospitality group SBE Entertainment Group acquired a significant equity stake in Umami Restaurant Group, though Fleischman said at the time that he remained a majority partner.

With the Fortress deal, Fleischman said his ownership remains “around 50 percent.”

Umami Restaurant Group is growing other brands as well. The company recently opened U-Mini, a streamlined test lab unit with a limited menu and an iPad ordering system, designed for nontraditional locations.

Both an Umami Burger and an 800 Degrees location are scheduled to open in Los Angeles International Airport’s Tom Bradley International Terminal in 2014, the company said.