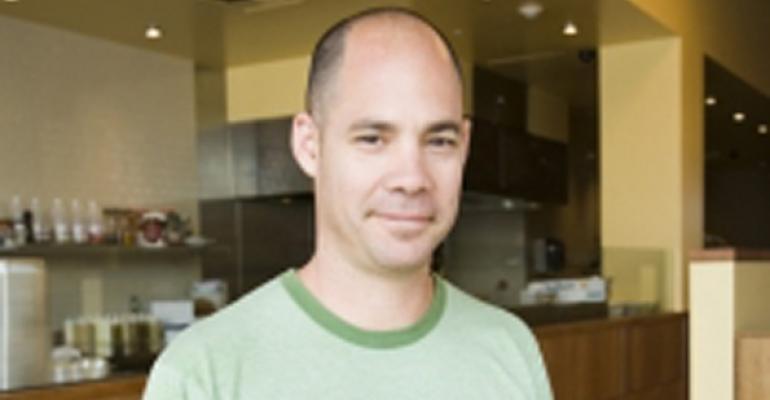 As a growing number of restaurant concepts claim farm-to-table sensibilities, the question remains how a restaurant chain can achieve scale while maintaining a commitment to food that is local, sustainable and chef-inspired.

Tender Greens, a fast-casual chain based in Los Angeles, aims to find out.

Founded in 2006, the eight-unit Tender Greens has plans to open five more restaurants over the next 12 months, moving into San Francisco for the first time and filling in Southern California from San Diego to Walnut Creek.

The concept, described as “slow food done fast," is making some innovative moves as it expands, launching a line of house-made salumi and investing in locally raised pork.

Tender Greens was an early adopter of the farm-to-table movement with its use of ingredients from local farms and suppliers that meet specific standards, including raising animals humanely and without the use of antibiotics or growth hormones.

Tender Greens was founded by Erik Oberholtzer, Matt Lyman and David Dressler — three chefs with a background in high-end restaurants and luxury hotels. Their goal, said Oberholtzer, was to design a concept with the top-quality food they liked to eat at a price point most people could afford.

“It was the classic dilemma of champagne tastes, Budweiser budget,” he said. “We couldn’t really afford to go to the places where we wanted to eat or where we worked. That lead to Tender Greens: filling that need for a high-quality, sustainable, local product with the technique and sensibilities of a sophisticated food world, from a chef’s perspective, but at a price point that guys like us could afford on a daily basis.”

At Tender Greens, guests select from a menu of “big salads,” hot meals from the grill and sandwiches, and walk the line as their meals are being prepared to order. Just about everything is made in house, from the bright-green arugula-spiked hummus to the ever-changing lineup of desserts. Both wine and beer are available on tap, and the restaurants follow green practices, from use of planet-friendly detergents to on-site glass and plastic recycling.

Pricing is simple: Almost all dishes on the menu are $11, with a few smaller salads at $6 or soups at $4.

This is not a build-your-own concept, however. Dishes have been thoughtfully designed, from the core menu available at all units to seasonal specials developed by chefs at each location. But guests can customize some aspects, choosing among a marinated seared flat-iron steak or chipotle-spiked barbecue chicken to stuff a ciabatta roll, or as topping for a salad or simply with a side of Yukon Gold mashed potatoes and grilled veggies.

With units ranging from 2,200- to 3,400-square feet, Tender Greens has an average unit volume of about $3.4 million, and Oberholtzer said the chain is projecting sales of $26 million this year. Now the partners are considering how to move forward with their goal of reaching 30 units by 2016.

Oberholtzer said the company has been courted by private equity investors, but the partners feel that step is “premature.” There have also been requests for franchising, but Oberholtzer said they are concerned about a potential loss of cultural control.

In the coming year, the company will decide whether to remain California focused; to move up the West Coast to the Pacific Northwest and perhaps Colorado; or, under the most aggressive scenario, expand to the East Coast with a capital partner or some sort of regional operator partners.

“There are temptations to go big,” said Oberholtzer. “But there are dangers in expanding too quickly. I think there are good brands out there in danger of losing their mojo because of rapid expansion.”

Moving to new markets, however, would require finding the right farmer partners, which, Oberholtzer said, “is easier said than done.”

Meanwhile, Tender Greens is developing its own local ingredients.

The chain recently launched a new line of salumi developed by one of the restaurant chefs in San Diego, Pete Balistreri. The salumi is on the menu throughout the chain, and sold to other restaurants. Next year, the line may be expanded to retail or online sales.

Oberholtzer said the salumi line will eventually be supplied in part from pork that is raised locally. “We’re buying 17 pigs from a small pig farmer here in Los Angeles,” he said. “He doesn’t have the working capital to buy these pigs, so he’s going to get some breeder pigs, which we’re fronting him the money for.”

When the pigs — which will be raised on a specific regimen in a free-range setting — are ready, the chain will get the “super premium” meat at a “friends-and-family” price, he said. What isn’t used for house-made salumi, prosciutto or bacon will go to the restaurants for specials featuring the tenderloin or roast. "We use the whole animal,” he said. “It’s a win-win.”

Opportunities like the move into salumi also serve as a recruitment tool for attracting top chefs with entrepreneur inclinations, he added. Tender Greens, for example, is sending one of its chefs to school to learn craft brewing. “If he could develop a few recipes that are great, we could serve them at Tender Greens,” he said. “Then we might partner with him to do microbrewing.”

There are other investments in the works, including a possible investment in farms to help them expand and produce more for the growing chain.

Oberholtzer said he’s happy to see interest in the farm-to-table movement growing. But, as consumers become more educated about where their food comes from, brands such as Tender Greens hope to be recognized for their authenticity.

“We built these concepts from the inside out, from a place of product integrity, rather than studying trending topics and forming it from the outside in,” he said. “It really is about delivering the best quality, local ingredients, being mindful of everything local, be it environment or community, and delivering it in a way that is absolutely accessible, both from a service and setting perspective.”