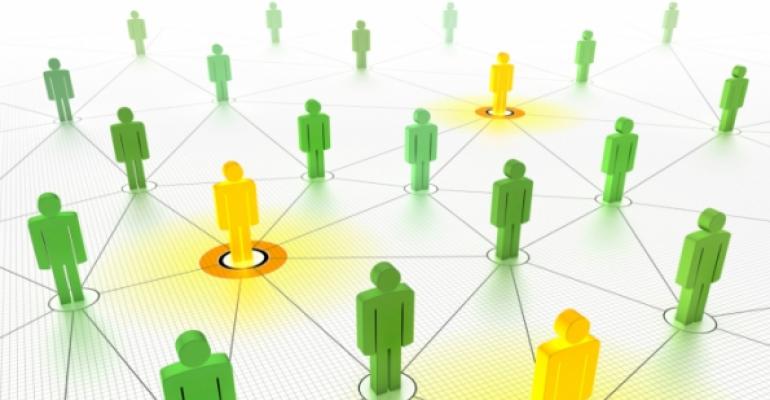 As Facebook continues to evolve, so do restaurant brands’ strategies for engaging with fans on the social network, and a recent study of the second quarter’s most engaging Facebook posts reveals that chains are breaking through to users.

According to social-media software and consulting firm Expion, 20 restaurant companies produced the industry’s 100 most-engaging Facebook posts in the second quarter, based on the number of likes, comments and shares each message generated. Taco Bell was the clear leader for the period, though Dunkin’ Donuts, McDonald’s, The Cheesecake Factory and Starbucks Coffee also had multiple posts rise toward the top of the list.

Expion noted that brands are more sophisticated about leveraging the popular photo-sharing trend and about crafting messages that balance relationship building with self-promotion — a significant difference from the aggressive dealing used in prior years to build up social fan bases.

“Everybody was in a race to get to one million likes, but now we have 35 restaurants with that many,” said Mike Heffring, chief strategy officer for Raleigh, N.C.-based Expion. “We’ve moved on from just building up fan bases. So the kind of messaging on Facebook has gone from just being conversational or just pushing promotions to a study of what actually works.”

Expion analyzed Facebook engagement data — likes, comments and shares — for the restaurant brands with the 100 largest counts of total likes, all of which also appear in the Restaurant Social Media Index produced by Nation’s Restaurant News and DigitalCoCo. For the second quarter ended in June, there were 7,602 total Facebook posts among these 100 brands.

Of the 100 most-engaging posts, Taco Bell had 18 during the period, followed by Dunkin’ Donuts and McDonald’s with 10 each, and Starbucks and The Cheesecake Factory with nine apiece. Domino’s Pizza and Kripsy Kreme each had six posts in the top 100, while Chili’s and Pizza Hut scored four top posts apiece.

Other brands with between one and three Facebook posts in the quarter’s top 100 were Baskin-Robbins, Denny’s, Hooters, KFC, Subway, Applebee’s, Buffalo Wild Wings, Whataburger, Olive Garden, Texas Roadhouse and Wendy’s.

The most engaging post overall, from Taco Bell on May 23, was a post in support of the chain’s philanthropic effort aimed at preventing teens from dropping out of high school, Graduate to Go. The post received more than 87,000 likes and 522 comments.

A picture’s worth thousands of likes

Heffring also noted that Facebook’s change to the Timeline format for all individual and brand pages has changed the ways brands talk on the social network to get engagement. The tabs that brands used to have on their Facebook pages to run specific promotions and contests are not working as well as they did before Timeline, he said. Now, brands are using more pictures to leverage Timeline’s visual-heavy focus, which has affected the kind of language restaurant chains use as well, he added.

“Ninety-five percent of these top 100 posts have an interesting photo, and it isn’t necessarily studio photography,” Heffring said.

Several restaurants used their professional food photography on their Facebook pages and got many likes and comments, but many more posts included user-generated photos touched up with digital filters sourced from Instagram and other photo-sharing apps, he noted. Savvy chains like Taco Bell had a mix of both in the second quarter, he said.

“If you just use your standard food shots, they’re not that sociable or talkable,” Heffring said. “A lot of these pictures are a lot more interesting. There’s a good mix of professional food shots and local-store shots [from consumers].”

The pictures do not necessarily need to be food shots, either, he added. Two of Taco Bell’s three most engaging Facebook posts were photos of teenagers in high school graduation robes, meant to promote Graduate to Go.

Expion found that fewer than 20 of the 100 most engaging Facebook posts from the second quarter featured straight-up promotions such as buy-one-get-one offers, discounts, sweepstakes or contests. Of those few promotional posts, nearly all asked the user to first like the brand’s Facebook page, thus ensuring ongoing communication between the restaurant and the customer.

Heffring was not surprised that self-promoting posts tended not to get as many likes and comments. However, he noted, fewer of the top posts in the most recent quarter discussed popular topics completely outside the restaurants’ branding, such as games between professional sports teams or popular movies and music. In previous studies over the past few years, chains had earned more engagement with those sorts of posts, such as polling users about favorite teams or their weekend plans.

The majority of engaging posts in this second-quarter study resulted from brands talking about points of differentiation in their menus or their positioning, just without an incentive to buy, such as a discount, Heffring said.

He added that this is a change from recent years, as restaurants were learning how to market themselves on Facebook. He noted that brands first thought, “Let’s just put all our marketing materials up on social media.” Then, the conventional wisdom was, “No, everything is about building relationships and trust.” But now restaurant marketers are getting better at splitting the difference, he said.

“People are getting away from talking like they’re your friend and getting back to the business of social business,” Heffring said. “The first phase for businesses on Facebook was balancing those two lines of thinking. Now it’s in the relevance phase. There’s a new agreement or social contract between fans and companies, who say, ‘When you’re coming to Taco Bell, we know you’re not coming here to be my friend but because you think there’s something interesting about the brand.’ So they’re not using the same language they did before.”

Now, he said, restaurant chains are using more “social conventions” to talk about their products and brands. “They’re using words and phrases like ‘share’ and ‘like this if,’ or ‘are you hungry yet,’” Heffring said. "You wouldn’t see this kind of language in a strict print ad or hear it on the radio. But it’s still more about their products than about what movie you like.”