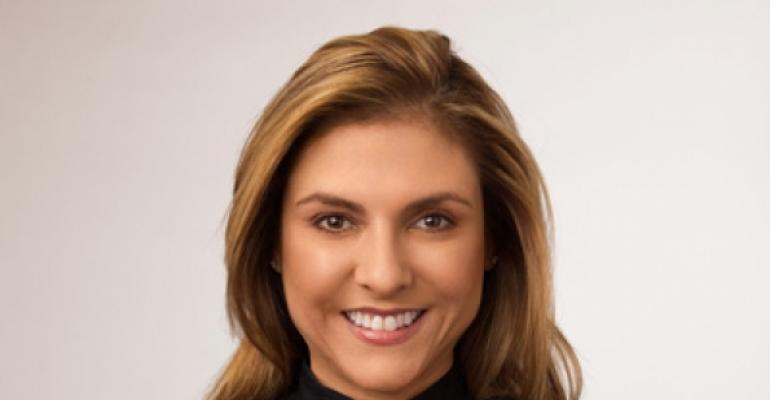 Taco Bell is planning the national rollout on July 5 of its new “gourmet-inspired” Cantina Bell menu that was developed by chef Lorena Garcia.

After testing the dishes in about 150 units over the past few months in Louisville, Ky., and Bakersfield, Calif., the Irvine, Calif.-based chain said it would add the expanded menu offerings to almost all of its 5,600 locations across the country.

The Cantina Bell menu includes a new tier of upgraded options developed with the assistance of celebrity chef Garcia, who was a judge on last year’s “America’s Next Great Restaurant” on NBC and will appear on this season’s “Top Chef Masters” on Bravo.

Dishes on the menu include a burrito or bowl option with chicken, steak or vegetables, including upgraded ingredients that had not previously been available at Taco Bell. Among them: whole black beans cooked with Garcia’s spice blend; cilantro-spiked rice; all-white-meat chicken in an herb-and-citrus marinade; roasted corn salsa; Hass avocado guacamole; creamy cilantro dressing; romaine lettuce and pico de gallo — options more typically found at fast-casual Mexican concepts such as Chipotle Mexican Grill.

Recommended pricing for the new Taco Bell items, however, will remain under $5, the company said.

The move comes at a time when Taco Bell is touting the success of its new Doritos Tacos Locos, which debuted in March. Taco Bell sold more than 100 million of the tacos in roughly the first 10 weeks, which has helped turn around sinking sales.

Taco Bell is also rolling out a new breakfast platform, as well as a Happier Hour daypart for snacking.

Creed also noted that the Cantina Bell menu did slightly better in the test market of Bakersfield, Calif., where Chipotle has a greater presence, offering “context” for Taco Bell’s planned menu moves.

Rob Poetsch, Taco Bell spokesman, said the Cantina Bell menu originally included a taco that was dropped from the rollout plans. “Our customers seemed to find more value in the burrito and the bowl,” he said.

The Cantina Bell menu, however, is a platform the chain plans to develop further, he said, with the addition of more protein options and other ingredients still to come.

The rollout will be supported by an integrated television and online campaign that showcases Garcia’s passion for the new products.

Taco Bell also said it is guaranteeing the quality of its Cantina Bell menu items; if customers try them and don’t like them then Taco Bell will replace their meal.

“Lorena is truly an inspiration, and her new menu and passion inspired us to fall in love with our food again and realize what great quality, made-fresh-to-order food we already had,” said Brian Niccol, Taco Bell Corp.’s chief marketing and innovation officer, in a statement. “Additionally, she created a high-quality, value-driven lineup of new offerings and new ingredients that would create a broader array of tastes and flavors our consumers are seeking."