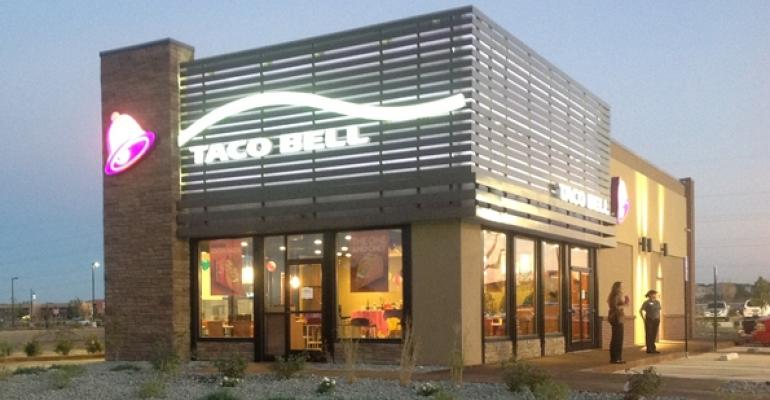 Celebrity chef Lorena Garcia’s influence on Taco Bell’s menu is expanding with new ingredients to roll out nationally next year and a new dish going into test for the Cantina Bell menu.

The Miami-based chef and restaurateur was the mastermind behind Taco Bell’s new Cantina Bell menu, a separate, more-gourmet menu platform with a grilled chicken Cantina Bowl and burrito option that debuted in July. In addition, Garcia has been working with the quick-service chain to upgrade and introduce new core ingredients available across the menu overall, including a revamped guacamole, a citrus-marinated grilled chicken, pico de gallo, whole black beans, and rice spiked with fresh cilantro.

Rob Poetsch, a spokesman for Taco Bell parent Yum! Brands Inc., said the company was very pleased with results for the Cantina Bell menu, noting that they have exceeded expectations — though he couldn’t give specific sales numbers prior to the company’s third-quarter report scheduled for Oct. 9.

Garcia, meanwhile, has said from the beginning that she would continue to work on evolving the 5,600-unit chain’s menu, “to push the envelope to what I know Taco Bell is capable of doing,” she said in an interview with NRN on Thursday.

Fresh from a third-place win on Bravo’s “Top Chef Masters,” Garcia was visiting Taco Bell’s headquarters in Irvine, Calif., to work on new products with the menu development team. She offered a preview of new additions planned for rollout and others under consideration.

Garcia, for example, has re-envisioned the steak used across the menu in items like tacos or burritos. She tweaked the flavor with a mire poix-based marinade that offers citrus notes and a touch of Worcestershire sauce, she said. The color is also darker, giving it the appearance of being slow-simmered. The new steak will roll out systemwide in January.

Also due to roll out nationally next summer is a new salsa, which Garcia developed with roasted tomatoes, garlic and jalapenos. She said the new salsa has a richer color and flavor than Taco Bell’s existing salsa, an item few customers may even realize is available, though generally by request only. The updated salsa will not replace the chain’s popular sauce packets, but will be available as a side dish and as a component of new menu offerings.

Both the new steak and salsa will be tested as part of a new quesadilla that may be added to the Cantina Bell menu. The test will be conducted in Charlotte, N.C., starting in November.

Though Taco Bell’s traditional quesadilla will remain on the menu, Garcia’s version is somewhat more upscale, made with pepper Jack cheese — another new ingredient for the chain — and served in a sturdy flat cardboard box that improves portability, keeps the grilled tortilla crisper and allows for the inclusion of sides of salsa and low-fat sour cream. The chain’s existing quesadilla is served in a paper bag.

Garcia said the additional offerings are only the beginning. She’s working on a “more relevant” version of a chicken Caesar burrito, for example, and other dishes are in the works.

Garcia is also working on marketing materials that will highlight the sourcing of its ingredients — perhaps borrowing a page from fast-casual competitor Chipotle Mexican Grill and its Food With Integrity emphasis.

While Taco Bell so far has kept the new upscale offerings under the $5 mark, Garcia said she’s open to pushing menu pricing a bit higher for the right dish, while still focusing on value. “Even if we did push to $6 or $6.50 for an item, in any other restaurant that same dish would be $12,” she said.

The goal is to grow the Cantina Bell menu as a “solid platform that’s here to stay,” she said. “This is something I really see as a long run, not only with new ingredients, but new flavors and new menu items. I believe in offering people a choice.”

Editor's Note: This article has been updated to clarify the changes that are being made to Taco Bell's entire menu and its Cantina Bell menu.