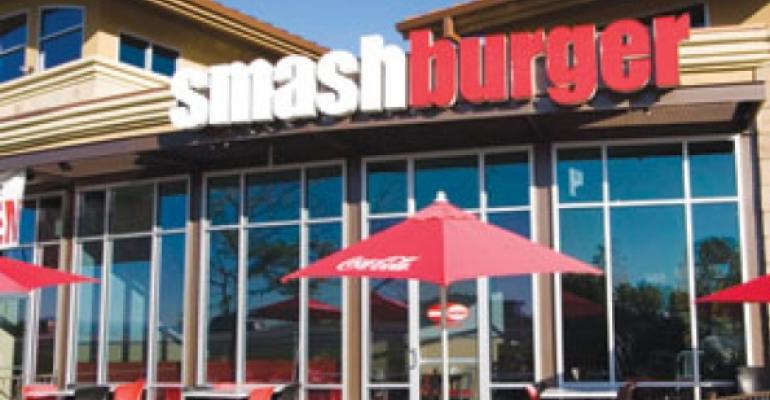 Smashburger is teaming up with craft breweries in each of its markets with five or more restaurants to suggest beer and burger pairings on its menu and menu boards.

Chief concept officer Tom Ryan said, “The innovation, the vision, and I think just the delicate nature of distinguishing yourself among what has always been a pretty standard brand — beer — is a great match for what we feel like we’re doing with Smashburger, which is to innovate the burger.”

Ryan launched the pairing initiative on Oct. 1 in Smashburger’s home market of Denver, where it teamed up with New Belgium Brewing Company. Smashburger restaurants in the second market to introduce pairing suggestions, the New York City metropolitan area, will add them to their menus and menu boards on Monday and feature beers from Sixpoint Brewery of Brooklyn, N.Y.

Ryan said he also had pairings worked out in Chicago, Minneapolis, San Diego and Phoenix, and was working on Las Vegas, Dallas and Miami.

He said he had pre-selected the burgers he wanted to pair, which in New York include the top selling Classic Burger — American cheese, lettuce, tomato, ketchup, onion, pickles and “Smash Sauce” on an egg bun — and the Brooklyn and New Yorker burgers that were developed for the market. Then he sat down with his development team, franchisees and brewers and determined which beers went best with each one.

Smashburger has five franchised locations in the New York City area — one in Brooklyn, two on Long Island and two in the Westchester County suburbs of Pelham Manor and Mamaroneck.

“I really think that beer is the new wine, meaning that the diversity and the distinctiveness that everyone who makes wine looks for [is being developed in beer],” Ryan said during a burger-and-beer tasting in New York.

However, he said that while great wine requires the right climate and great grapes, beer doesn’t. “Beer, however, takes the same amount of innovation and vision and passion,” he said.

“We’re loving this proliferation of all the craft brewers around the country, bringing really distinctive, differentiated, great beer, but trying to find an identity of their own,” he added.

The Brooklyn Burger — a burger topped with grilled pastrami, Swiss cheese, pickles, onion and yellow mustard on a pretzel bun — is paired with an ale made with rye malt as well as barley malt, which has an earthiness that contrasts well with the high vinegar and salt content of the hamburger, Ryan said.

The New Yorker Burger, created for the Long Island market but available at all five area locations, contains New York Cheddar cheese, garlic grilled onions, spinach, tomato and peppercorn garlic aïoli on a brioche bun. It’s paired with a beer that combines the qualities of a wheat beer, a pale ale and a pilsner.

The Classic is paired with a continental pilsner, as is the chain’s Spicy Baja Burger, which is served on a chipotle-studded bun and has pepper Jack cheese, guacamole, lettuce, tomato, onion, chipotle mayonnaise and jalapeño peppers.

The Mushroom Swiss Burger — garlic-sautéed mushrooms with Swiss cheese and mayonnaise on an egg bun — is paired with a brown ale. So is the BBQ, Bacon & Cheddar Burger, which has applewood-smoked bacon, Cheddar cheese and haystack onions on an egg bun.

Ryan also paired two chicken sandwiches. The Spinach & Goat Cheese Chicken Sandwich, which has cucumbers, spinach, tomato, onion and balsamic vinaigrette served on a multigrain bun, is paired with an India pale ale with a floral hop aroma meant to bring out the herbaceousness of the goat cheese.

The Crispy Buffalo Chicken Sandwich, with Buffalo sauce, crumbled blue cheese, lettuce, tomato and mayonnaise on an egg bun, is recommended with a high-alcohol, 9.1-percent by volume, double IPA with citrus notes meant to “magnify the sharpness of the blue cheese,” according to the pairing menu.

There are currently approximately 175 Smashburger locations worldwide, about half of which are franchised. Ryan projects that 200 units will be open by the end of the year.