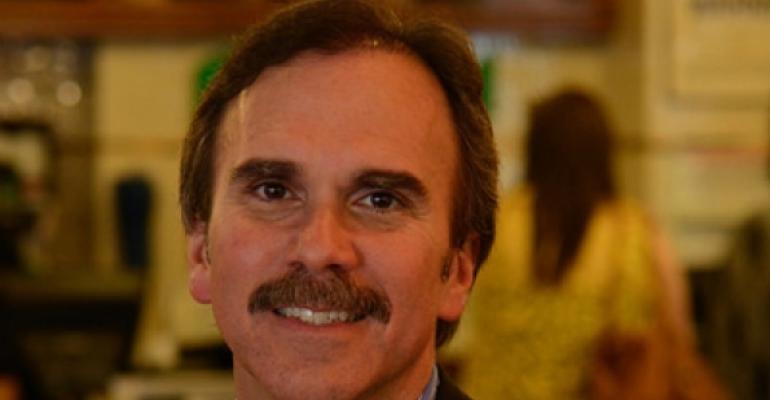 The test locations will feature changes in recipes, service style and décor

The refreshed test locations, which will open over a seven-day period, will feature newly reformulated pizza, made-to-order pasta dishes, new equipment and service styles, and some décor changes.

According to Sbarro’s president and chief executive Jim Greco, the test units will help executives guide the 1,013-unit international chain as it makes the planned transition from the quick-service to the fast-casual sector.

Greco said for two months following the grand rollout of the test units, Sbarro officials will observe the sales impact with customers and get qualitative feedback. "We’ll make changes based on information before going forward,” he explained.

As part of the new initiatives the test units will introduce a new Neapolitan-style pizza that will replace Sbarro’s traditional pie. It will feature a thinner crust, simpler ingredients and whole milk mozzarella. “It will taste different, have a different texture and a somewhat different appearance,” Greco said. “It will have a slightly golden brown color.”

The Neapolitan-style pizza will be prepared in new open-flame ovens that will bake at a higher temperature than Sbarro’s existing ovens do.

Sbarro is planning to roll the new pies out chainwide in September.

The test units also will showcase Sbarro’s new made-to-order pastas, which take less than 45 seconds to prepare, Greco said. Guests will have a choice of three types of pasta — including whole wheat — and three to five sauces, including traditional pomodoro, Bolognese, Alfredo and vodka.

As part of the test, the chain is experimenting with two different pasta preparation systems. One system calls for the pastas to be prepared in sauté pans on induction cooktops, while the other system will use fast boilers set into countertops.

“Visually, the pasta stations will be more attractive for guests,” Greco said. “There will be more theater going on.”

Greco said there will be no price increases for the new pizza and pastas, although as the chain progresses into the year several other menu items like a new handheld savory item and desserts will be added. “They will more likely result in an increase in the average check.”

Décor will be refreshed with new front counters, paint and tiles. Greco estimates that it will cost about $70,000 per unit to make the changes.

Sbarro currently generates an average unit volume of about $690,000.

As part of the new push, Sbarro employees are being trained in the chain’s new hospitality initiative. Teams already have begun training at the company’s facilities in Melville, N.Y., where Sbarro is headquartered.

To promote the debut of the new test units, grand opening events will be held in each host city. For example, all of the first day’s proceeds at each location will be donated to local food banks. In addition, each location will host a drawing in which the grand prize will be a Vespa motor scooter.

TV and radio advertising as well as direct mail and point-of-sale items will be used to promote Sbarro’s new brand positioning — “Hands on Italian.”

Longer term, Greco said the chain is planning to rollout a more comprehensive design overhaul later in the year to five existing units.

He said there will be “no big push” for unit openings in 2012. “We’ll open about 70 locations this year — mostly international — while we focus on these new initiatives. Then in 2013 we will escalate the pace of new constructions.”