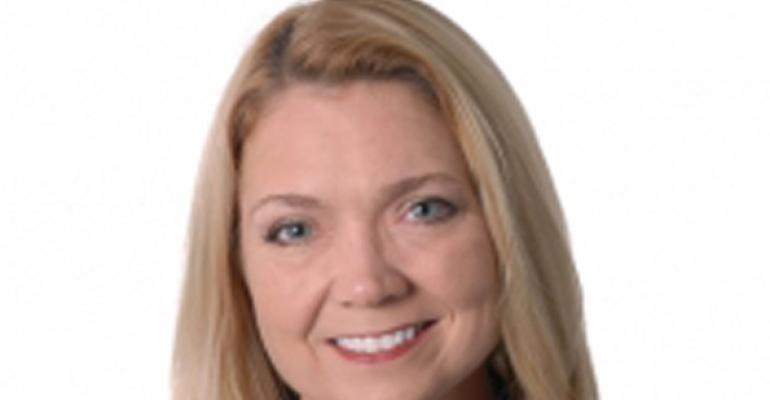 Dyer, who spent the past 11 years as KFC’s national marketing manager, said she is enjoying working for a “nimble” concept like Roy Rogers, which has 20 company-owned and 29 franchised restaurants.

She said she plans to play to the concept’s strengths of quality, variety and a “customer-forward” attitude.

The chain specializes in USDA Choice roast beef sandwiches, as well as never-frozen, all-natural fried chicken and hamburgers that guests can customize at the restaurants’ “Fixin’s Bar.”

In August the chain plans to roll out what Dyer calls “the two-fist, no filler fajita.” The Chicken Fajita Wrap is made with oven-roasted chicken and seasoned with pico de gallo, Cheddar cheese and sour cream, and is priced at $4.29.

“What I love about it competitively is that it’s filler-free and is a substantial hot eat, not a snack, which I think sets us apart in the marketplace where wraps are concerned. It also tastes amazing,” Dyer said.

Named after the once-renowned cowboy singer and actor, Roy Rogers Restaurants was founded in the 1960s by Marriott International and grew to 648 units, mostly in the Northeast. It was purchased by Hardee’s in 1990, and many locations were converted to that concept or sold to other chains.

Franchisees Pete and Jim Plamondon, whose father, Jim Plamondon, Sr., helped found Roy Rogers as a Marriott executive, bought the brand in 2002, when the chain was more than 600 units smaller than at its peak.

“The fact that this system could be kind of cut off at the knees and still survive is a testament to the brand itself,” Dyer said.

“There’s lot of heritage with who Roy Rogers was, but not a lot of recognition,” she added. “I think that gives us a chance to redefine what Roy’s is now. Even though we do have that deep heritage — we don’t want to lose Roy Rogers as the person who embodied what this brand is — I do want to take it from a Hollywood feel to a backyard feel.”

Since the chain is now much smaller than it was, Roy Rogers has a community-owned feel and reputation that its markets support, she noted.

“In the data that I’ve seen that shows how the customers feel when they come into the store, it doesn’t feel like a chain [to them],” she said. “It feels very local and community-based, and that’s what we strive to keep as we grow.”