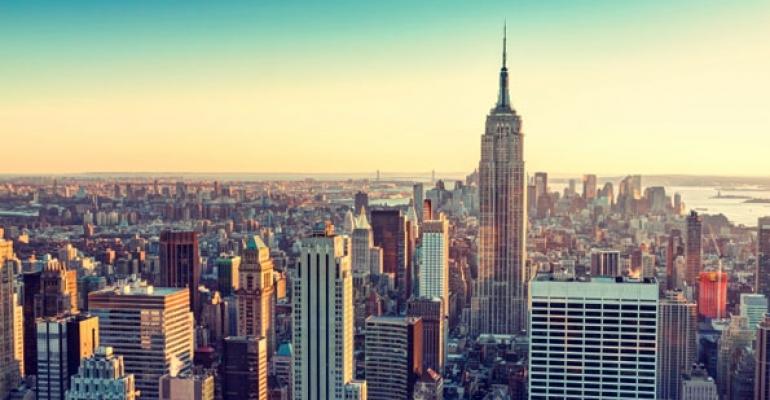 New York City&rsquo;s most densely populated borough comes with a host of challenges and a bevy of potential benefits.

From angling for prime real estate to fierce competition for customers, opening a restaurant in Manhattan, New York City’s most densely populated borough, comes with a host of challenges.

But it also comes with a bevy of potential benefits. It is, after all, a big city with a vibrant food culture recognized around the world.

“It’s obviously one of the global centers of the world, so it gets a lot of different sorts of people through it,” said Wayne Homschek, co-founder and chief executive of Pie Face, a Sydney, Australia-based sweet and savory pastry chain. “It’s a very high-profile city. If you’re in the right location in New York City, you’re basically a global brand.”

Pie Face has two restaurants in Manhattan, and Homschek hopes to have eight open by June 30. A third location is opening on Feb. 19. “The biggest challenge we’ve found in New York is definitely getting the stores open,” he said. While it is possible to find sites, he said, it’s not always easy to prep them and shape them into restaurants.

The fact that consumers tend to walk through the city rather than drive also makes it appealing, he said. “There’s plenty of locations that can open up in one city,” he said, adding that he doesn’t see why Pie Face couldn’t open 100 units in New York City.

Beverly Hills, Calif.-based Fatburger plans to open its first New York City location in April and has plans to open 10 more restaurants there in coming years.

Fatburger is partnering with franchisee the Riese Organization Corporate Group, a franchisee familiar with the region, said Andy Wiederhorn, chief executive of Fatburger Corp. “They know how the rules work. They know the system,” he said. “Honestly, they wanted to focus on bringing New York the neighborhood burger joint, and that’s what we are in L.A.”

“Everybody wants to have a bicoastal presence in the New York and Los Angeles markets,” Wiederhorn said. “We felt like we really wanted to establish roots in New York,” he added, noting that the city has the right mix of population and demographics to help Fatburger thrive.

Space is also a factor. The average Moe’s location in a suburb might be 2,600 square feet. In Manhattan, the space might measure 1,500 to 1,800 square feet. “You have to be able to generate three times as much sales in a little greater than half the square footage, but you accomplish that with the density of population,” he said.

Damico also recognizes that the competition in New York City is fierce. The “share of stomach,” as he called it, is slim given the population-to-restaurant ratio.

At the opening of the Moe's unit in New York City, located at 367 1st Ave., Buchholz said one of the biggest challenges was securing real estate. The company relies on brokers to help find specific locations, noted Damico.

“Construction is also a little more difficult,” Buchholz said, adding that ventilation and garbage disposal were different in urban areas versus suburban ones. “You’re more limited by a building’s infrastructure.”

Ventilation is difficult because sometimes restaurants have to vent five stories up and take neighboring tenants into consideration, he said. And garbage is challenging because all ingredients and garbage go in and out the front door, as there is not always a dumpster out back.

To market the location, Buchholz and Damico blanketed the area with direct mailers and fliers and put a big banner out front. Marketing and advertising mostly happened on a local scale, relying somewhat on word of mouth, he said.

The people in New York, he said, are who make or break a restaurant. “I think in New York City, people are demanding customers,” Buchholz said. “But they also appreciate consistency. They’re loyal.”

Denver-based Chipotle Mexican Grill, a competitor to Moe’s, has exploded in New York City in recent years. Chipotle opened its first New York City location in 2003, and now has more than 40 locations there.

New York has been a big market for the brand, said the company’s communication director Chris Arnold in an email. Part of what has helped Chipotle succeed in New York is its competitive differentiators, namely using sustainable sourcing and preparing foods fresh in restaurants, he said.

“In the fast-food, fast-casual space, these things really aren’t done, but people appreciate them, particularly in a city like New York that has so many sophisticated restaurant-goers,” Arnold said.

Chipotle has had a lot of success in New York City and plans to expand more in the coming years, Arnold said. “We always look to build more restaurants where there is demand for what we are doing,” he said.

Homschek added that he also believed Pie Face’s unique segment would be its strength. “We’re not worried about saturation of restaurants because we’re different enough,” he said. “None of them do quite what we do.

“We’re here for the long haul,” he added. “We think [our brand] has national appeal.”