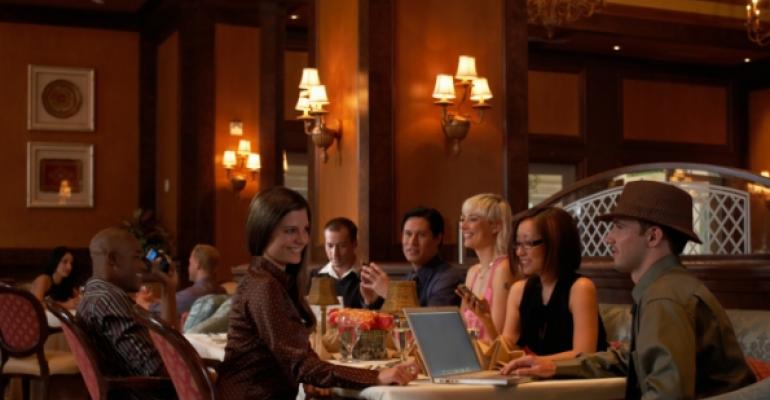 U.S. consumers increased their number of visits to restaurants and foodservice outlets by 1 percent in the first three months of 2012, the strongest traffic gain since spring 2008, according to The NPD Group.

The Port Washington, N.Y.-based market research firm also found that American consumers increased spending at restaurants by 3 percent in the first quarter, with more than half of that gain coming from an uptick in industrywide average check.

NPD restaurant analyst Bonnie Riggs attributed much of the quarter’s relative strength in restaurant traffic to an unseasonably warm winter, including the warmest March in decades.

“Thanks to unusually mild weather, winter 2012 was a bright spot for the foodservice industry,” Riggs said. “However, the economic environment will continue to be a challenge for the sector. We forecast a slowdown in traffic growth for the balance of 2012, as the country continues its slow economic recovery.”

The two foodservice sectors that increased guest counts in the first quarter were quick service and fine dining, NPD found. Visits to quick-service chains rose 2 percent during the period, and the subset NPD classifies as major quick-service chains had a 3-percent increase in traffic. Guest counts rose at every daypart for quick service in the first quarter, the research firm found.

However, midscale family-dining chains experienced a collective 3-percent decrease in traffic, and casual-dining brands had a 2-percent decline in visits in the first quarter.

Breakfast continued to be the daypart that contributed most to restaurant industry recovery, NPD found, with traffic at the morning meal up 3 percent in the first three months of 2012, compared with a year earlier. Lunch and dinner traffic appeared to hold flat compared with the year-earlier first quarter. The evening snack daypart increased traffic by 1 percent, NPD said.