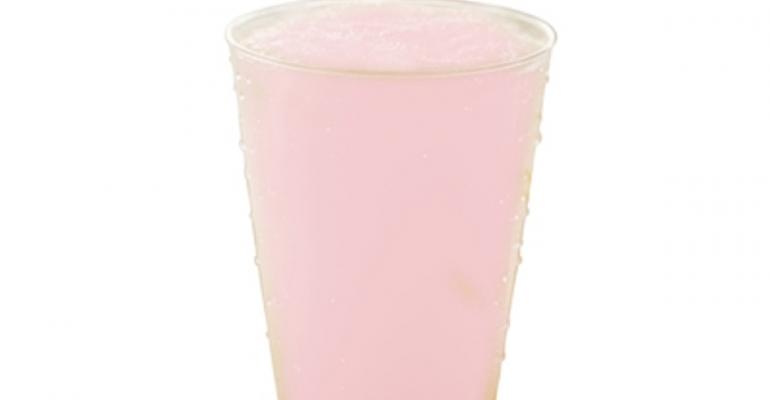 “Being a small brand now going nationwide, we went through as much of the emotional experience you can go through fighting this disease, so of course the Susan G. Komen effort was a shoe-in for our brand,” Ballas said. “We were already involved in a small fashion, and then through Lee’s experience, we experienced it all from A to Z.”

Caribou Coffee’s 17th annual Amy’s Blend program is similarly motivated by the brand’s personal connection to breast cancer, as the 585-unit chain’s original roast master, Amy Erickson, died from the disease in 1995. Caribou is once again selling a line of Amy’s Blend coffee, tea and merchandise through Nov. 7, and will donate 10 percent of proceeds to CancerCare.

“For new team members who came aboard in the last month, they have a personal connection with Amy, even though they didn’t know Amy — and some weren’t even born when she passed away 17 years ago,” chief executive Mike Tattersfield said in an interview at the Hilton Anatole in Dallas during the 53rd annual MUFSO conference. “It’s something we are very proud of and is a natural, authentic item that we live through all the time that will go way beyond the existing management team. It’s about how we take on helping great organizations focused on cancer.”

Hooters also has honored the memory of late server and manager Kelly Jo Dowd every year since her death in 2007 by raising money for the V Foundation for Cancer Research, as well as the Kelly Jo Dowd Research Grant.

East Coast Wings & Grill has been involved with Susan G. Komen for the Cure, one of the nation’s largest cancer charities, since the beginning of the restaurant’s cause marketing effort.

Ballas said the negative public relations that surrounded Susan G. Komen for the Cure last February after the charity decided to end some of its grant funding of Planned Parenthood has had no effect on East Coast’s fundraising efforts for the organization or for the support in local communities for Komen-affiliated fundraisers.

“We don’t put a lot into those issues; they are what they are, and sometimes mistakes happen,” Ballas said. “We do this to fight the disease, to tell the story of the Lee Easleys of the world, and we do it in clean conscience. The 5K walk fundraiser we supported months ago, around the same time as that news, was a huge success.”

Caribou’s Amy’s Blend program had partnered with Komen last year as the primary beneficiary of its fundraising initiative, but switched to CancerCare as its primary charity this year. Komen’s controversy from February had no bearing on the coffeehouse chain’s decision to partner with another organization, Tattersfield said.

“We’ve had other partners beyond Susan G. Komen, and in fact, we’ll still be at a local level doing a lot of Susan G. Komen races and getting engaged behind that,” Tattersfield said. “What we liked about CancerCare is that it’s much more direct impact in the communities we’re actually based in. It’s important for our team members and guests to see the difference we can make at that level.”

Elsewhere, Bugaboo Creek Steak House has stated a goal to raise $10,000 for Susan G. Komen this year by offering customers four special coupons for their donations to the charity.

In their annual “Pinktober” effort to raise money for the Breast Cancer Research Foundation and other local fundraising groups, Hard Rock Café has partnered with female pop duo Bananarama to sponsor an eight-city tour of Hard Rocks for performances for fans and cancer survivors. Revenues from special Pinktober merchandise will be donated to the various charities.

Hard Rock has two new pink products to promote its efforts: the Strawberry Basil Lemonade and a new panna cotta, made with Nesquik Strawberry Milk and topped with fresh strawberries, mint and basil.

Fazoli’s, the quick-service Italian chain with more than 220 locations, has developed a Pink Lemon Ice beverage to be sold at a promotional price of $1.99, and $1 of every drink sold will benefit the National Breast Cancer Foundation, or NBCF.

Mimi’s Café and Hungry Howie’s Pizza & Subs also will partner with the NBCF as their primary beneficiary this October.

Mimi’s rewarded guests who wore pink to their 145 restaurants with a free pumpkin spiced muffin on Oct. 1, and the chain will donate proceeds from the sale of the Pink Passion Mimosa and Pink Passion Sparkler drinks to NBCF. The brand will provide up to $30 of savings in Mimi’s coupons to guests who make in-store donations to the charity. Mimi’s also rolled out a “Pink It Up” online app to its website, in which visitors can add pink touches to uploaded photos and share them across social media.

Hungry Howie’s hopes to raise $250,000 this year for NBCF. Not only will the chain deliver every pizza in a pink box in October, but it also will allow fans to donate to NBCF by adding $1 to their order totals.

For every new like on Hungry Howie’s Facebook page and for every breast cancer survivor story a fan shares on the brand’s wall, Hungry Howie’s will make a donation to NBCF.