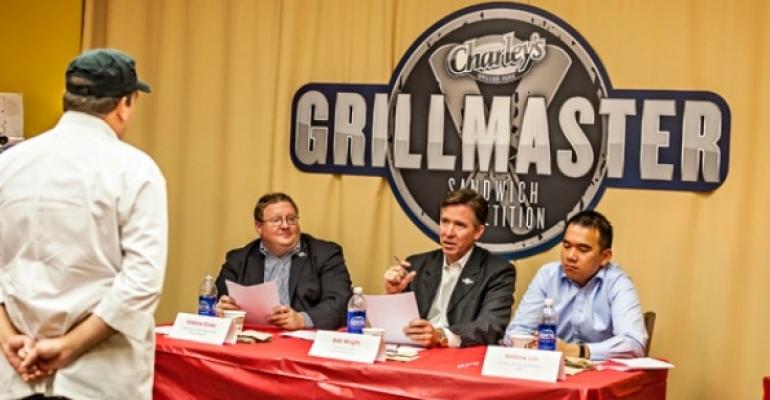 Restaurant chains like Wing Zone and Charley&#39;s Grilled Subs are benefiting from useful ideas from franchisees.

Restaurants have built their brands by exporting their culinary and operations systems to franchisees, but several chains said they have moved their businesses forward by reversing that process and adopting ideas and best practices from their franchisees.

Atlanta-based Wing Zone, for example, has cut the preparation time for its signature wings from about 15 minutes down to between 3 minutes and 4 minutes, and the whole innovation started in early 2011 when the brand began a partnership with the Army and Air Force Exchange Service, or AAFES. In order to execute the Wing Zone brand at its military base accounts, AAFES needed to drastically improve speed of service.

“When we signed on with AAFES, they said they loved the Wing Zone brand and the product, but they needed a way to put out the wings in less than two minutes,” chief executive Matt Friedman said. “We had to work closely with them on some new equipment development to fully cook the product and hold it.”

The 79-unit chain gained more than a fast-growing franchise partner in AAFES after speeding up service, Friedman added. The new operations process will allow Wing Zone to diversify its growth with more nontraditional units, including more military accounts through AAFES and drive-thrus. 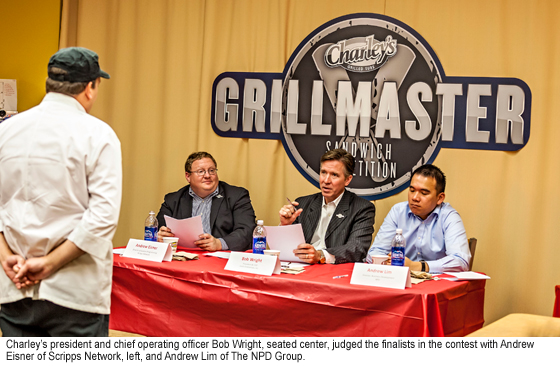 Currently, there are eight AAFES locations and eight international locations, but Wing Zone will increase that mix in future years, Friedman said. About 60 percent of new locations next year will be international or in nontraditional formats like military bases, airports and college campuses, all of which require the faster prep process.

“This really changed our business model,” Friedman said. “People love wings, but if you don’t have 15 minutes to wait for an order, we’re going to lose that sale. Now we’re competitive with some quick-service and fast-casual as it relates to speed. If we’d never worked with AAFES, this model wouldn’t have been developed — at least not yet.”

New food from the field

Creative franchisees or crew members often come up with menu ideas that can become top sellers as well, perhaps most famously in the case of McDonald’s over its 57-year history. The Egg McMuffin, Filet-o-Fish and Big Mac all were created by franchisees.

More recently, the Philly Pretzel Factory franchise began selling the Pepperoni Melt Pretzel, an item it first discovered by the chain’s chief executive during the filming of an “Undercover Boss” episode at a franchised restaurant. 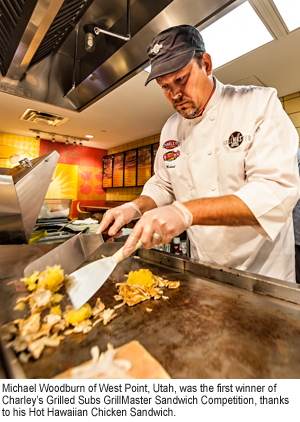 Columbus, Ohio-based Charley’s Grilled Subs also decided this year not only to encourage employees from its nearly 500 franchised locations to think up new varieties of sandwich to sell, but also to formalize it with the first GrillMaster Sandwich Competition. Any Charley’s employee was free to submit an idea, with the winning sandwich becoming a limited-time offer in 2013.

At first, president and chief operating officer Bob Wright was unsure the contest would bear fruit, but those doubts were allayed as he started judging the finalists, including the winning sandwich, the Hot Hawaiian Chicken Sandwich. Michael Woodburn of West Point, Utah, the food court manager of the Charley’s at Hill Air Force Base, created the sandwich, which features a pineapple-habanero sauce.

“I was slightly skeptical we’d get any winning ideas,” Wright said. “So it was a little nervy for me. But I was a final judge, and after tasting that sandwich, I can’t wait to offer it to our customers. You can get real systematic about R&D, and we might not have come to this flavor on our own.”

Out in the field, however, Charley’s more than 200 franchisees and their managers and crew members are doing plenty of experimenting with flavors, he said. It is not a formal test-marketing process —  that still happens with corporate supervision, Wright stressed —  but it allows management to recognize what ideas come from the customization that customers and crew members value.

“I visit hundreds of our stores, and one of my favorite questions for the cashiers is, ‘What’s your favorite sandwich?’” Wright said. “More and more of them are saying, ‘It’s not really on the menu.’ They’ll do all sorts of things, like take the Bacon 3-Cheese Steak and make it with chicken but then add barbecue sauce.”

Joining Wright as judges for the finals of the contest were Andrew Eisner from Food Network parent company Scripps Network and Andrew Lim of market research firm The NPD Group.

Both Wright and Friedman of Wing Zone said another ancillary benefit of collaborating with their franchisees was improving perceptions of a culture of inclusiveness among their employees.

Wright said every location that participated in the GrillMaster Competition received special GrillMaster pins that employees could wear, and at most of the restaurants he visited late this year, crew members sported the pins and said that, even though they did not win this year, they plan to win next year.

He plans on running the contest again next year, as the resulting limited-time offer justified the cost of executing a systemwide initiative. He added that, while Charley’s could pick only one winner, “we got 250 other great ideas, and the top 10 will go through the normal R&D process.”

“When you do this through a contest, it’s not free,” Wright conceded. “With any systemwide initiative, there are expenses. But it was efficient.”

Friedman said the best ideas come from franchisees because they live the business every day at the unit level.

“Any time a franchisee and franchisor work together, and ultimately the franchisee is the pioneer in improvements, that’s a perfect scenario,” he said. “Not too many great ideas come from an office in some corporate building.”