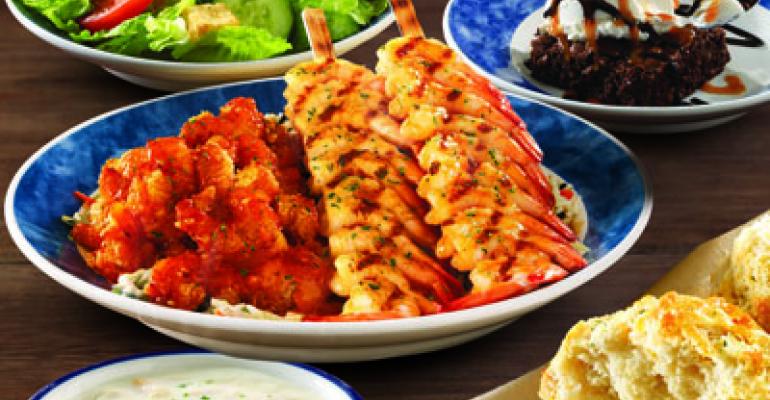 Red Lobster is focusing on value this summer with the limited-time offer of a $15 four-course meal.

Customers can pick menu items such as New England clam chowder for the soup, a garden salad and seven different entrées including shrimp and scallops Alfredo, or spicy coconut and citrus shrimp. Dessert offerings include triple-chocolate brownie à la mode.

“It’s an exciting, great offer. It allows people to enjoy the Red Lobster experience while having abundant food at an affordable price,” Jaeger said.

Foodservice consultant Dennis Lombardi said Red Lobster’s latest LTO was a move to drive traffic by appealing to middle-class diners and even high earners who were hurt by the recession.

“It might be attractive even to the relatively well off who have become more conscious of value, coupons and saving money. We’re seeing more focus on price value in the consumers’ minds,” said Lombardi, who is executive vice president of foodservice strategies at WD Partners in Columbus, Ohio.

He said the offer also could drive more frequent restaurant visits by customers who may dine at the chain only once every four months.

“This helps recapture frequency of the light users to the brand,” Lombardi said.

Orlando, Fla.-based Darden operates 1,868 units across all its brands, which also include Olive Gardens, Longhorn Steakhouse, The Capital Grille, Seasons 52 and Bahama Breeze.