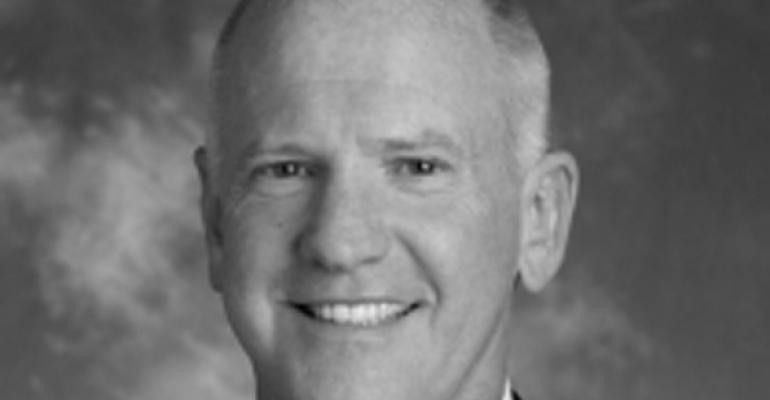 Six months after completing a restructuring deal that brought in new ownership, Quiznos on Wednesday announced the appointment of Stuart Mathis, former president of The UPS Store chain and once a Domino’s Pizza franchising executive, as president and chief executive officer, effective at the end of the month.

Mathis, who most recently was president of The UPS Store network over the past decade, will replace Greg MacDonald, who will step down as president and CEO after 14 years with the Denver-based chain, the company said.

The new executives come about two months after Quiznos launched a new menu and branding campaign to help reposition the struggling 2,700-unit chain with better-quality ingredients and unique flavors, as well as refreshed restaurants and a significant investment in television ads with the tagline “Qrave Quiznos.”

The effort was supported in part by a $150 million infusion of capital from New York-based hedge fund Avenue Capital Group, which took a majority stake in Quiznos in a debt-for-equity swap that closed in January. The deal eliminated about one-third, or $300 million, of the company’s estimated $870 million in outstanding debt.

In February, Harsha Agadi, former chief executive of Friendly’s Ice Cream LLC, was named executive chair of Quiznos’ board, along with other new board members.  At the time, Agadi expressed confidence in MacDonald, saying he would stay on as CEO to continue to work on revitalizing the brand.

In his statement Wednesday, however, Agadi said MacDonald’s departure would be effective immediately. “We thank Greg for his leadership and dedication over 14 years at Quiznos, and wish him well in his future endeavors,” he said.

“We are fortunate to have a leader of Stuart’s caliber join the Quiznos team,” said Agadi. “The depth of his experience in retail, restaurants and franchising uniquely qualifies him to lead this organization and move Quiznos forward.

“Stuart has worked with brands in times of change,” Agadi added, “and he has consistently improved their performance.”

Mathis has also served as a member of the International Franchise Association’s board since 2007.

“I am a long-time fan of Quiznos, which has the best food in the marketplace,” said Mathis in a statement. “I look forward to working with the franchise owners, the corporate team, the field teams and the board of managers to serve our guests, help franchise owners meet their financial goals and attract new franchise owners to the brand.”

Lintonsmith brings about 20 years of experience to her role as Quiznos new CMO, the company said.

She held the chief marketing role at Red Robin for about four years before she stepped down in June 2011. Lintonsmith also consulted for Einstein Noah Restaurant Group, and prior experience includes WhiteWave Foods, Western Union, The Coca-Cola Company and Pizza Hut.