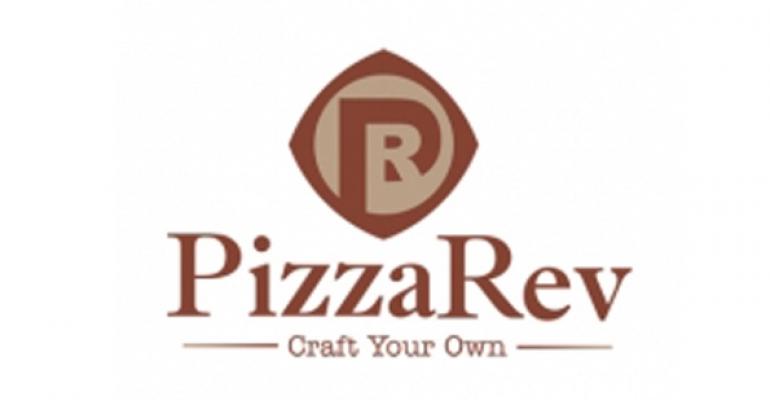 The new concept, based in California, aims to satisfy customer demands for customization, value and speed

Two former Clear Channel executives and their sons are growing a fast-casual pizza concept in Los Angeles that aims to satisfy what they see as a growing hunger for customization, value and speed.

Partners Irv Zuckerman and Rodney Eckerman, former co-chief executives of Clear Channel Entertainment, and their respective sons Jeff Zuckerman and Nicholas Eckerman, last week opened the second location of PizzaRev, a “craft-your-own” pizza concept that allows guests to select from among 30 toppings for a set price of $7.95.

The partners opened their first restaurant in the Northridge suburb of Los Angeles earlier this year as a test unit. The second location, which is larger at roughly 2,500-square-feet, opened in the Los Angeles neighborhood of Studio City last week and will be the model for future growth, said Irv Zuckerman.

A third PizzaRev is scheduled to open in Woodland Hills, Calif., in November, and Zuckerman said the plan is to open between five and 15 units in 2013, as the right locations are found.

At PizzaRev, the 11-inch pizzas have a thin “Roman-style” crust. The dough is made in house, and pizzas are cooked in a 1,000-degree stone-hearth oven in about three minutes, said Zuckerman. Guests walk a service line to select toppings from among more than 30 options, from the choice of sauce — organic Neapolitan red to barbecue sauce — to offerings ranging from various types of pepperoni or cheeses, roasted garlic, fennel sausage, crumbled meatballs or arugula.

The menu also includes a craft-your-own salad option, and salads can be built in a bowl made of pizza dough, Zuckerman said. For dessert, the menu includes sweet pizzas made with melted butter, cinnamon and frosting, topped with options like chocolate, raspberry or caramel sauce.

The menu was designed by chef Nicholas Eckerman, who has worked for the Ritz Carlton hotels and the Malibu Beach Inn, Zuckerman said.

The fast-casual pizza trend is “taking the country by storm,” he said, and customers are increasingly accepting the notion that you can have a quality, freshly made pizza for lunch. The cooked-to-order pizza trend “has really changed the paradigm of pizza as lunch,” Zuckerman added. “Pizza was always seen as a dinner food because it took so long to make a quality pizza.

“We loved what Chipotle has done in presenting something that gives you freedom of choice, and we’re expanding on that with the most popular of foods: pizza,” he continued.

Zuckerman said the Studio City restaurant may add delivery, and future locations may also add beer and wine to the menu, where it fits.

Growth will be internal, Zuckerman said, noting that the company has no plans to franchise at this point, though he added, “Never say never.”