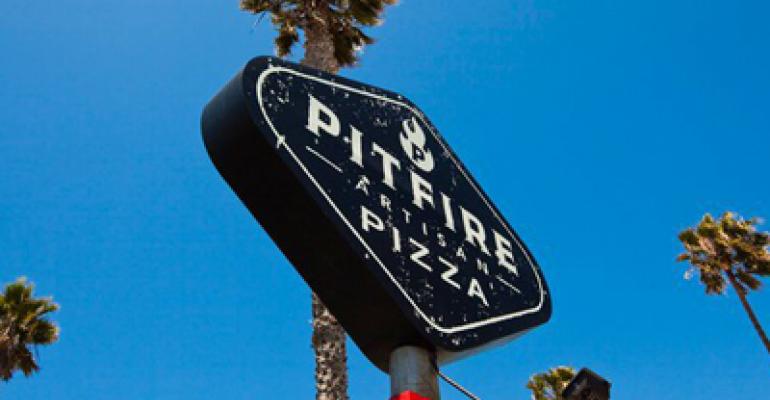 Paul Hibler, the five-unit Pitfire’s creator and acting chair, will introduce Superba Snack Bar, a new pasta concept developed through the incubator, later this month. The brand was created by chef Jason Neroni, formerly of Osteria La Buca in Los Angeles, and is a California take on Italian small plates.

Superba is the first of several brands Hibler plans to roll out through the incubator. His goal is to nurture artisanal brands with the support of both infrastructure and funding.

Hibler has partnered with an unnamed investor for the business incubator, which will run separately from the Pitfire chain.

Pitfire is planning to open four more locations in the next 18 months, and Hibler said same-store sales for the “artisan casual” chain rose 28 percent so far this year after a 23-percent year-over-year increase in 2011.

Hibler expects that Superba will strike a similar chord with its focus on “high value artisan food and great design.” The restaurant will be located in the beachside neighborhood of Venice and will feature handmade pastas, charcuterie, local cheeses and produce.

With communal tables, indoor/outdoor seating and an open kitchen, the restaurant’s design, by Los Angeles-based Design, Bitches, will be a key factor, Hibler said. Pitfire locations have also won praise for their contemporary design.

Superba’s front of the house will be run by general manager Alexander Gonzalez, who spent five years previously at Alinea in Chicago.

Superba will be somewhat higher-end than Pitfire in that “there will be a chef in the restaurant,” said Hibler. But, like Pitfire, the goal is to create a space that will be approachable and very casual, he noted, adding that all dishes will be under $20.

“We want to create community places for people to gather together, not expensively,” Hibler said. “The value will be focused on the plate.”

Superba Snack Bar is just the first part of the Superba plan. Later this year, the company will open Superba Food & Bread, also in Venice. Hibler describes it as a bakery café concept that is a “cross between Tartine in San Francisco and Blue Ribbon Bakery” in New York.

Superba Food & Bread will offer breakfast, lunch and dinner, and it will also operate as a full retail bakery, from which area residents can “subscribe” to get bread delivered by bicycle.

Hibler said he hopes to offer artisan entrepreneurs a better chance of building a sustainable business. Too often, he said, chefs “sell their souls and take a bad deal or work for free,” or skip necessary aspects of building infrastructure, like human resources or accounting.

The business incubator also owns both buildings for the Superba locations, he noted, so the restaurants will not be vulnerable to lease conditions.

Hibler said more concepts are in the works, but he said it was too early to offer details.

Building the Superba concepts not only allows Hibler to exercise his creative muse, but it also allows him to tap what he sees as a fertile market in Los Angeles for artisanal brands that offer sophisticated local food in a relaxed, community-focused settings. “This is the direction food is going,” he said. “L.A. is a great proving ground and it has the best economics for this.

“There’s no place like L.A.,” Hibler added. “You can open restaurants here that will do numbers that will blow your mind.”