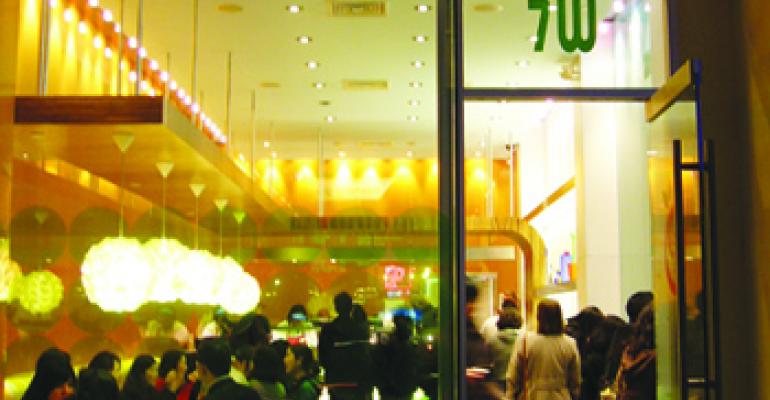 The frozen yogurt chain is eyeing the morning daypart

Instead of its signature frozen yogurt, test locations are offering coffee and unfrozen Greek yogurt, which can be topped with a variety of fruit, granola or natural sweeteners, like fruit purees, infused honey or agave nectar.

Pinkberry joins a growing number of frozen yogurt chains that are adding Greek yogurt to their menus, responding to the growing popularity of the higher-protein product as a meal replacement. TCBY, 16 Handles, and Ben and Jerry’s have introduced new frozen Greek yogurt flavors this summer, but generally as a later-daypart snack. Pinkberry may be the first to target breakfast.

“People are increasingly adopting Greek yogurt into their morning routine,” said Ron Graves, Pinkberry’s chief executive. “As a yogurt retailer, we saw the opportunity to redefine the Greek yogurt experience with our exceptionally fresh and high quality toppings to offer a fresh, healthy breakfast.”

For the test, select units in Los Angeles, Boston and Washington, D.C., will open at 8 a.m.

Signature offerings will include:

• Cucumber, a savory option, with toppings such as freshly cut cucumbers, sesame nuggets, diced red and yellow peppers, a drizzle of honey and a touch of chili powder

The Greek yogurt will be available in four-ounce and six-ounce sizes.

A six-ounce serving contains 18 grams of protein, as well as live and active cultures. The yogurt has no fat and is low in sugar.

The coffee Pinkberry will serve is a proprietary medium-roast blend that pairs well with yogurt, company officials said.

Based in Los Angeles, Pinkberry operates and franchises about 195 locations worldwide.