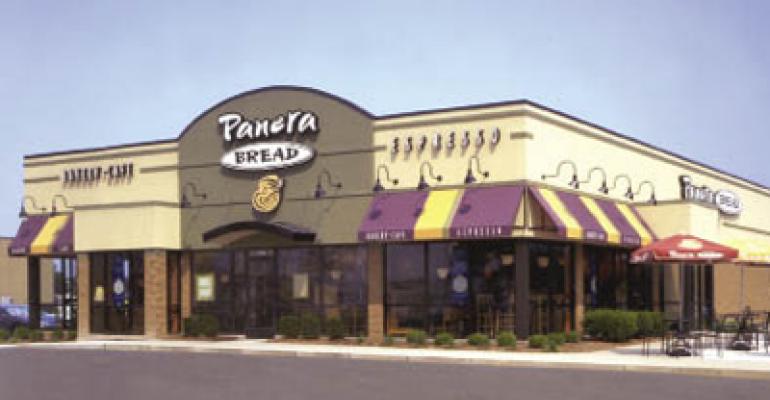 Panera profit up 25% in first quarter

"We are very pleased with both our strong 7.5-percent comparable store sales growth and 28-percent earnings growth in the first quarter, said Bill Moreton, Panera’s president and co-chief executive, in a prepared statement. "This marks the eighth out of the last nine quarters that our earnings have grown at a rate of 20 percent or greater.”

The company scheduled an earnings call with analysts for Wednesday morning.

Same-store sales increased 7.5 percent at company-owned units in the quarter and 5.2 percent at franchised stores. The same-store sales increases at company-owned restaurants included year-over-year transaction growth of 2.1 percent and average check increases of 5.4 percent. Average check growth included price increases of about 3.5 percent and a positive mix impact of about 1.9 percent, the company added.

During the first quarter, Panera opened seven new bakery-cafes, and its franchisees opened 15 new units, bringing its total to 1,562 stores as of March 27.

In guidance, Moreton said Panera is targeting “full-year fiscal 2012 earnings slightly above the high end of [its] long-term range of 15 percent to 20 percent annual earnings growth.”

The company said it plans to open between 115 and 120 new units this fiscal year.