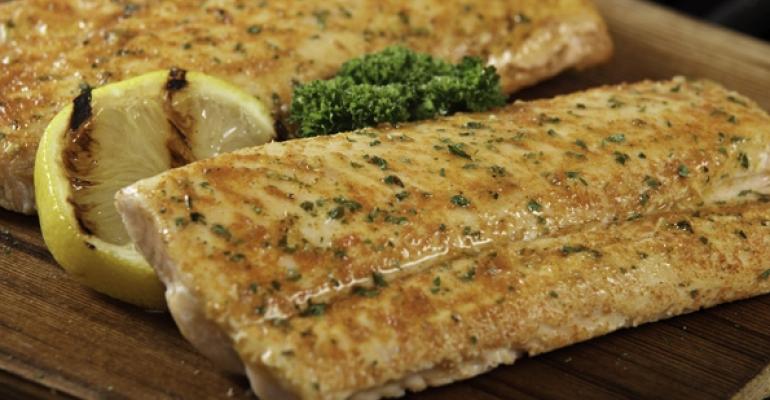 The more diners know about their seafood, the more they’ll order. That’s the theory behind the increasing practice of including seafood's point of origin on restaurant menus.

Two years ago Shari’s Restaurants, a seafood chain with 98 units in the Pacific Northwest, began including on its menu the point of origin of its Cedar Plank Pacific Salmon, and the item has been a best-seller ever since.

“People like to know where products come from,” said Kevin Bechtel, Shari’s senior vice president of purchasing and menu development. “[It] adds additional value to the quality of the product.”

The success has prompted the chain to add point of origin to other seafood dishes as well; when Shari's rolls out its new menu in April it will include the point of origin for its cod entrée.

According to market research firm Technomic’s MenuMonitor, the inclusion of point of origin sourcing on seafood entrees increased 5 percent in the past year and 13 percent over the past two years. Restaurant menus are touting all sorts of locations, including Alaskan, Atlantic, Gulf, Idaho, Louisiana, Nantucket, New Zealand, Norwegian and Pacific. However, the most frequently used descriptors are Atlantic and Alaskan.

“As I watch menus, it’s clear to me that the number and the types of seafood modifiers have increased across the board,” said menu trend watcher Nancy Kruse. “Operators at all levels of the business are identifying where their seafood comes from.”

At Oceana in New York City, chef Ben Pollinger has been pointing out the origins of items like Alaskan Coho Salmon, Peconic bay scallops and Norwegian cod since 2006. Pollinger said that the practice began as a way to differentiate the products from those coming from regions that are not necessarily known for their quality.

“[Seeing the point of origin], the diners ask more questions about where the products come from and are interested in that,” said Pollinger. “These products tend to sell well.”

For Restaurant R’evolution in New Orleans, touting the point of origin of seafood on the menu is more than just a way to inform diners about quality — it’s a core part of the dining experience. The majority of the fine-dining restaurant’s seafood items are from waters within a 100-mile radius of Louisiana.

“The design of the restaurant is to pay homage to the seven nations that created the mixture of what we call Creole cuisine,” said chef John Folse. “The origin of it, the history, the significance of the culture … it’s part of our mission. I think it makes a big difference in the diners’ experience.”

While a growing number of independent restaurants and small chains are finding it easy to differentiate and increase sales by touting the origins of their seafood, committing to and sourcing fish from a single locale is a particular challenge for larger chains. Despite that, some are up to the challenge. For example, McDonald’s recently began promoting that its Filet-O-Fish sandwich is made with Alaskan Pollack.

In February, CKE Restaurants, which owns more than 3,000 restaurant locations, rolled out a limited-time offer Charbroiled Atlantic Codfish Sandwich at its Carl’s Jr. and Hardee’s restaurants — marking the first time the two chains have ever used a location modifier on a protein product.

“It’s difficult for chains with thousands of locations to be too specific about location, because their volume needs mean they may have to cast a wide net,” said CKE chief marketing officer Brad Haley. “The Atlantic’s a big ocean, so it’s easy.”

As restaurants continue to try to communicate the quality of their products and chefs try to bring new species to the table, point of origin modifiers and other descriptors will likely become even more important.

“A lot of [operators’] ability to sell less familiar species will reside in what they call the dish and how they describe it,” said Kruse. “Going forward you’re going to see a great deal of this nomenclature attached to seafood.”