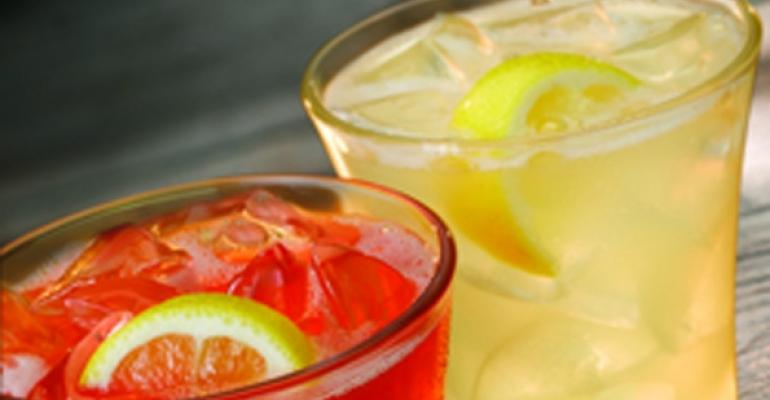 Beverages make up 40 percent of total sales at Old Chicago’s 96 locations across the country, and about three quarters of those beverage sales is beer.

That’s understandable: Old Chicago and its sister concepts in the CraftWorks Restaurants & Breweries Inc. group, Rock Bottom Brewery and Gordon Biersch Brewery Restaurant, are beer-focused operations. But Old Chicago’s best-selling cocktail is a Piña Colada with Blue Curaçao, whipped cream and a cherry on top — a clear sign in this age of creative mixology that the cocktail menu is due for a revamp.

Stuart Melia, CraftWorks’ vice president of beverage, carried out such a revamp — the chain’s first in more than three years — and rolled it out last week.

“Our sales are so heavily beverage, but also very heavy on beer.” Melia said. “We want the non-beer drinker [also] to find great drinks at great value … it’s really expanding our influence in beverage to offer more guests what they’re after.”

But he recognized that at such a high-volume restaurant, his cocktails needed to be easy to make. “We can’t have bartenders taking four to eight minutes to make a cocktail,” he said.

So he introduced simple drink platforms that could be easily altered for multiple cocktails.

One easy opportunity was the chain’s housemade lemonade, which it introduced last year when it was beefing up its nonalcoholic beverage program. Each day on weekends, busy units go through between two and three gallons of the juice, which is made with equal parts lemon juice provided by their produce supplier and simple syrup.

Now it’s being used in cocktails such as the $6.25 Tall Lemon Drop, for which the lemonade and lemon-infused vodka are shaken and poured into a sugar-rimmed glass, and the $6.95 Ultimate AP, which combines the lemonade with iced tea and vodka. In addition, the $5.99 Prohibition Lemonade is made with lemonade and Canadian whisky.

Other new cocktails include the $6.50 Silver Mojito, made with tequila, mint, lime and soda; and the Black Raspberry Margarita, which combines reposado tequila, black raspberry liqueur and house Margarita mix for $7.25.

Melia also decided to list the prices of the cocktails on the menus — an unusual practice in a casual-dining restaurant, partly due to the expense required to reprint the menus if the prices change. “We’ve seen plenty of research that prices were something that guests not only wanted, but expected, and they’re disappointed when they don’t see them on the menus,” he said.

The cocktail prices range from $4.99 for the Sunset Beach, which combines coconut rum, blackberry brandy, pineapple and cranberry juice, to $7.99 for the Patron Cadillac Margarita, which mixes premium tequila with two high-end orange liqueurs and house Margarita mix.

Melia also has added some varietals to the chain’s wine list. “We’re not a huge wine restaurant, but we want to make sure we offer guests varietals that are high in demand,” he said.

Melia said this is just the first stage in the cocktail revamp. In the coming years the chain will be upgrading glassware and providing the bartenders — already well-versed in the up to 110 beers available at each location — with more training in cocktails and wine. He said the drink programs at sister restaurants Gordon Biersch and Rock Bottom also were being revamped, with new drinks likely to be introduced in September.

CraftWorks is a subsidiary of private equity firm Centerbridge Partners.