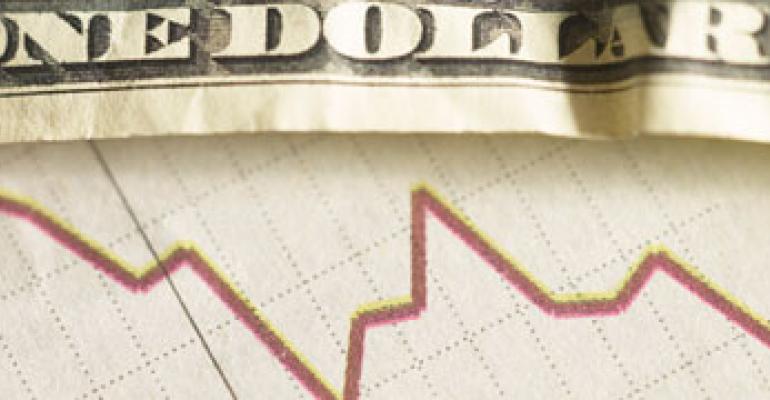 Restaurant spending and traffic increased during the second quarter in the U.S., Canada and China, but economic woes in Europe, combined with poor summer weather, kept customers away there, according to research firm The NPD Group.

In its quarterly CREST report, which looks at global foodservice spending and traffic, The NPD Group said the number of restaurant visits in the U.S. during April, May and June was essentially flat, rising only 0.3 percent.

However, average check increases helped restaurant spending rise 2.1 percent for the U.S. The average customer check in the U.S. was $6.36 during the quarter, according to the report.

The quick-service segment, which represents 78 percent of restaurant visits in the U.S., showed traffic rose 1 percent and drove 100 percent of the average check gains. Dinner and takeout traffic increased, while lunch and breakfast held steady, the report said.

Fine dining rose 5 percent, according to the report, but the segment represents only about 1 percent of restaurant visits, so the impact of the increase was negligible on U.S. trends overall.

Also during the second quarter, U.S. consumers appeared to be cutting back on their purchase of burgers, sides and beverages — the typical combo meal — and the increasingly preferred beverage of choice during the quarter was tap water, The NPD Group said.

Globally, visits to major restaurant chains increased during the quarter in all countries tracked, except in some European countries.

In France, which has a greater presence of large chains, traffic declined 1 percent, but spending rose 1.6 percent based on average check increases.

Small chains and independents showed some traffic gains in Canada, France and China, but continued to struggle against declines in Australia, Germany, Italy, Japan, Spain, the United Kingdom and the U.S, the report said.

The U.K. did not fare well, with restaurant spending rising only 0.6 percent during the quarter, despite events that had promised to boost business.

“Even with this being the Queen’s Jubilee Year and the Olympics, foodservice traffic in the U.K. hasn’t returned to growth,” said Guy Fielding, The NPD Group's foodservice director for the United Kingdom. “Negative consumer confidence and the relentless cold and wet weather — the wettest June on record in the U.K. — didn’t help the situation.”

Meanwhile, China recorded the biggest gains, with spending and traffic rising 25.6 percent during the quarter. Restaurant visits alone increased 13 percent, and improvements were seen across all dayparts and channels.

Still, the report indicated that Chinese consumers did watch their spending in light of increasing food costs and used more combo meals and other deals.

The average customer check in China was $3.82 during the quarter, the lowest of the countries tracked by CREST.

“Although China’s GDP growth rate is slowing down compared to last year, it is still keeping at a relative high level, and inflation continues to go down from last summer, all of which encourages Chinese consumers to increase their use of commercial foodservice,” said Christina Ma, The NPD Group’s foodservice director in China.