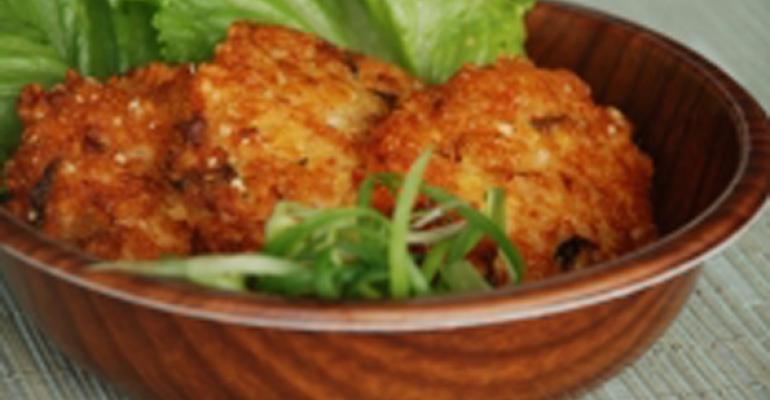 Also known as bindaetteok, this Korean cousin of the falafel is made with mung beans held together with glutinous rice and flavored with kimchi.

Marja Vongerichten, owner of this catering company and periodic pop-up restaurant, soaks eight parts mung beans and one part short grained, glutinous rice, sometimes known as sticky rice, in cold water for at least six hours, and up to a day. She strains them and purees them coarsely with some cold water, kimchi liquid, fish sauce, sesame oil, soy sauce and salt. Then she folds in diced kimchi, spoons them a quarter cup at a time into hot oil and fries them in oil until crisp and brown.