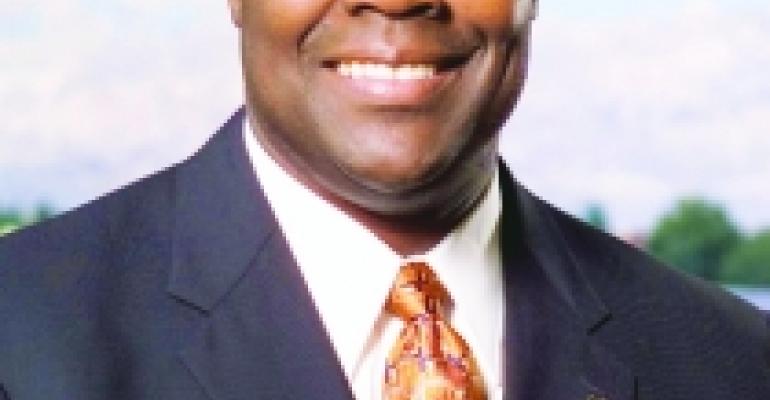 The largest restaurant chain said consumer confidence may be a challenge in U.S. and abroad

McDonald’s Corp. executives Don Thompson and Tim Fenton acknowledged that waning consumer confidence would challenge the burger brand around the world during a meeting with securities analysts in New York this week.

Company executives acknowledged a decline in consumer confidence — which dropped the furthest in May since October 2011, according to recent research from The Conference Board. The private research group's Consumer Confidence Index stands at 64.9, down from a revised 68.7 in April.

“The headwinds we face on both the top and bottom lines, such as austerity measures in Europe, higher commodity costs in the U.S., and slowing growth in Asia, do remain,” Thompson said Wednesday during the Sanford Bernstein Strategic Decisions Conference. However, he added, “I’m confident in our ability to navigate these near-term headwinds, because we’ve faced these situations before.”

McDonald’s will address declining consumer confidence and threats to sales growth in its three global markets with the help of its long-running Plan to Win, company executives reiterated during their presentation at the conference and in a separate meeting with securities analysts Thursday. Part of that plan is finding solutions at the local level and sharing them throughout the system, they said.

“We innovate locally, share winning concepts with each other, and then scale them across our entire global system,” Thompson explained. “The result is a brand that’s relevant globally and locally. It’s the reason we have such a strong global pipeline. Our markets don’t have to invent everything from scratch; they can pull from a pipeline that has more than 160 products.”

Thompson and Fenton will assume new roles July 1 as chief executive and chief operating officer, respectively, but they assured analysts that the change in leadership would not bring about a change in direction.

“We will stay the course with our proven plans and strategies,” Thompson noted. “We remain focused on getting better at the things we’re already doing to stay relevant.”

Several analysts who met with Thompson and Fenton noted that same-store sales decelerated the last 10 days of April, leading to a 3.3-percent increase for the month, which fell short of the company’s earlier guidance.

“The April comparable-sales shortfall was attributed to a slight softening in industry trends — relative to the first quarter, which benefitted from weather — and transitory issues like some promotions not as effective as envisioned,” wrote David Tarantino of R.W. Baird, who added that those issues “apparently have been resolved in May.”

Sara Senatore of Bernstein Research concurred, noting that Thompson said the Cherry Berry Chiller, the latest blended-ice beverage in the McCafe lineup, may have launched a few weeks too early. However, the initial sales softness seemed to have recovered in May, Thompson and Fenton told the analysts.

Senatore also noted that McDonald’s did not feel a significant threat to its market share from competitors’ increased promotions, including Burger King’s new menu rollout with products similar to McDonald’s and a $1 smoothie promotion it ran last month.

“[Thompson] stressed that the consistency of value messaging is what ultimately proves successful and that he ‘looked forward to taking competitors’ business when they pulled back from promotions,” she wrote. “Barring a broader macro slowdown, McDonald’s focus on value and new-product introductions should correct recent weakness and protect it from competitive threats.”

“Our drooling has commenced,” Kalinowski wrote.

While the consumer environment in Europe is weakening over high unemployment and austerity measures in several countries, McDonald’s faces some bright spots, such as the United Kingdom and Russia, and is readying several new value offerings in other markets.

“The U.K. and Russia businesses for us are very solid, and consumer confidence [there] seems to be intact, although waning a little bit,” Thompson said. “The southern areas plus Germany are experiencing stronger consumer confidence issues. In France, Germany, Spain and Italy — we have to really plus up our value messaging in those areas.”

In France, McDonald’s will focus on its Petite Plaisirs, which is a mid-tier menu similar to the United States’ Extra Value Menu. By contrast, the company will promote its Uno por Uno — which is like the domestic Dollar Menu — more aggressively in Spain. Italy soon will adopt a lower-tier value menu like Spain’s.

Germany has a stronger competitive set, and the German consumer is driven more by value than by brand loyalty, Thompson said.

“Any message that pops out from a price point, they may shift behaviors,” he said. “For us at McDonald’s, it’s not about doing the discount of the month. It’s about a consistent value platform.”

Tarantino of R.W. Baird said the company’s plan to dial up value messaging across Europe likely could pressure sales over the next few months but should stabilize the business in the long run.

“Heightened emphasis on lower-priced items is expected to gain traction over the next few months,” he wrote. “Management conceded that the emphasis on value could hamper Europe margins in the short run, but the company is prioritizing traffic gains to maintain brand momentum longer-term.”

Building upon success in Asia

In China, the brand is ready to venture further out from its five major coastal cities and begin building in tier-two and tier-three markets in China’s interior.

“We decided about three years ago to focus on the core five markets and just really build out our restaurants there versus fragmenting into tier-two and tier-three cities,” Fenton said. “We had so much more leverage on our marketing spend, training costs and real estate costs. We’ve built market share in those cities, and now we’re going from core to more.”

Elsewhere in APMEA, building remodels focused on increasing capacity in the kitchen and drive-thru would allow the company to accommodate higher average unit volumes, he added.