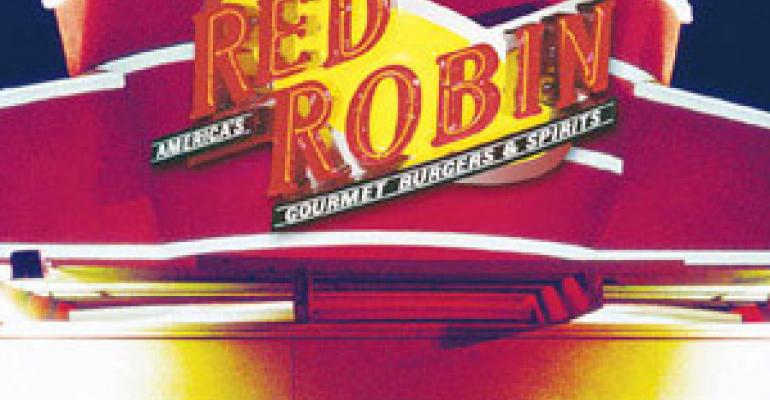 Makula steps down from board at Red Robin

Activist investor David Makula of Oak Street Capital Management LLC has resigned from the board of directors at Red Robin Gourmet Burgers Inc., the company said.

Pattye Moore, Red Robin’s chair, said in a statement that Makula elected to leave the board after the reduction in Oak Street’s holdings in the brand.

In June, Chicago-based Oak Street and affiliates held 4.9 percent of the company’s outstanding shares, down from 13.8 percent when Makula joined the board in April.

However, Red Robin officials noted that an earlier agreement with Makula and Oak Street remains in effect through the company’s 2012 annual meeting of shareholders.

Makula, Oak Street’s chief investment officer, was appointed to the board after agreeing not to block strategic efforts to turn around performance of the Greenwood Village, Colo.-based casual dining chain.

Earlier in the year, Oak Street was openly critical of Red Robin’s turnaround plan, which has included the launch of a new loyalty program, a menu upgrade, a renewed focus on building bar business and finding ways to cut costs.

Oak Street also had pushed for the removal of a “poison pill” provision established to prevent a hostile takeover.

Under the compromise agreement in April, however, Oak Street pledged not to acquire more than 16.5 percent of outstanding shares during the agreed-upon period, and the company agreed to raise from 15 percent to 16.5 percent the threshold of stock acquisition that would trigger poison pill protections.

For its July-ended quarter, Red Robin reported a 59-percent increase in profit and same-store sales were up 3.1 percent. However, that sales increase was driven by a 4.5 percent increase in average check based partly on a menu price increase. Traffic for the quarter was down 1.4 percent.

At the end of the second quarter, Red Robin opened six new company-owned locations and one new franchise restaurant, for a total of 321 company-owned and 137 franchised units.