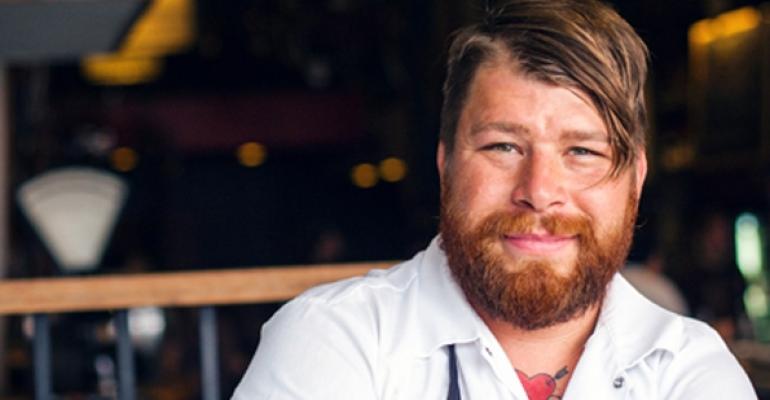 Sawyer&#39;s Greenhouse Tavern is the first restaurant in Ohio to be certified as green by the Green Restaurant Association.

Jonathon Sawyer, whose creativity in the kitchen and environmental pioneering have helped put Cleveland on the culinary map, has been named the MenuMasters Innovator for 2013.

“We are excited to be recognizing Chef Jonathon Sawyer as the 2013 MenuMasters Innovator Award honoree,” NRN publisher Randall Friedman said. “Sawyer is truly a trailblazer in culinary innovation and never rests on his latest success.

“From his award-winning flagship restaurant The Greenhouse Tavern, to his home cellar where he ferments wine, beer and malt vinegars for use in his restaurants, to his pop-up restaurants and his latest new restaurant concepts such as Noodlecat and Sawyers Street Frites, Sawyer defines menu innovation in America.”

Sawyer’s career began at The Biltmore Hotel in Miami before he moved to New York and worked first under the tutelage of chef-restaurateur Charlie Palmer at Kitchen 22 and then under fellow Clevelander Michael Symon at Parea. 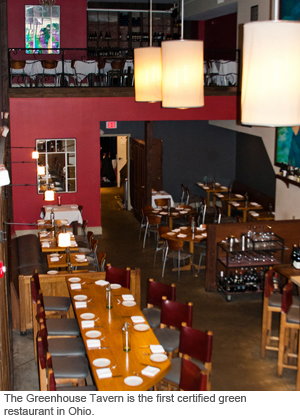 Returning to Cleveland in 2007, he worked as the chef at a Roman enoteca, Bar Cento, while preparing to open his own restaurant, The Greenhouse Tavern, a French-inspired farm-to-table restaurant based on the philosophy that “the proximity of the farm and soil to a restaurant correlates directly to the quality of its food,” according to the restaurant’s web site.

The Greenhouse Tavern is the first restaurant in Ohio to be certified as green by the Green Restaurant Association. Sawyer opened it in the historic Cort Building, in part because it’s more environmentally responsible to repurpose an old building than to build a new one. Most of the restaurant was made using previously used objects, such as the cedar wood in the main dining room that came from a barn that stood during the Civil War, and oak tables, counters and cabinets that once were furniture in area high schools and colleges.

That restaurant is now the flagship of a growing company of foodservice and retail operations. Those include two-unit Noodlecat, which serves Sawyer’s interpretations of steamed buns, noodles and Asian-inspired entrées; Sawyer’s Street Frites, selling French fries at Cleveland Browns Stadium; and SeeSaw Pretzel Shoppe at the Quicken Loans Arena, home of the Cleveland Cavaliers, where he’s making signature Bavarian pretzels in flavors such as roasted Ohio garlic & Parmesan with pimento cheese, and cinnamon toast with cinnamon icing, as well as sausages and other signature items. 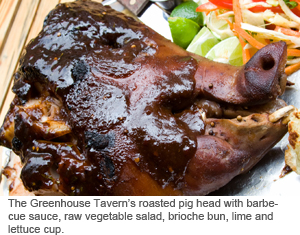 In addition, Sawyer operates a firm called Brick & Mortar pop-ups that specializes in opening temporary restaurants, and he’s selling his own line of vinegar through his Tavern Vinegar Co. He plans to open an Italian restaurant called Trentino in Cleveland later this year.

It was at Bar Cento that Sawyer first captured the attention of NRN sister publication Restaurant Hospitality, which in 2008 named him a “Rising Star Chef,” and described his food as “elbows-on-the-table grub; big and small plates of things like salumi, rustic cheeses, thin-crust pizzas, baked ziti, mushroom ragù and whole grilled fish” — the sort of food that became de rigueur at trendy restaurants in the years that followed. 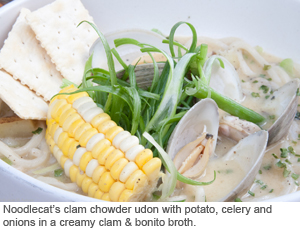 “We pride ourselves on being ahead of the curve, and it's an awesome honor to be recognized with this award as an innovator in the culinary world," said Sawyer.

Sawyer will be honored along with the other MenuMasters winners at the annual gala in Chicago at the Drake Hotel on May 18.

"We are all more enriched because of the boundless creativity of Chef Jonathon Sawyer's work. His contribution adds an element of excitement for all of us in the foodservice industry," said Chris Furman, President and Chief executive of Ventura Foods, sponsor of the Nation's Restaurant News MenuMasters Annual Award Program since its inception.