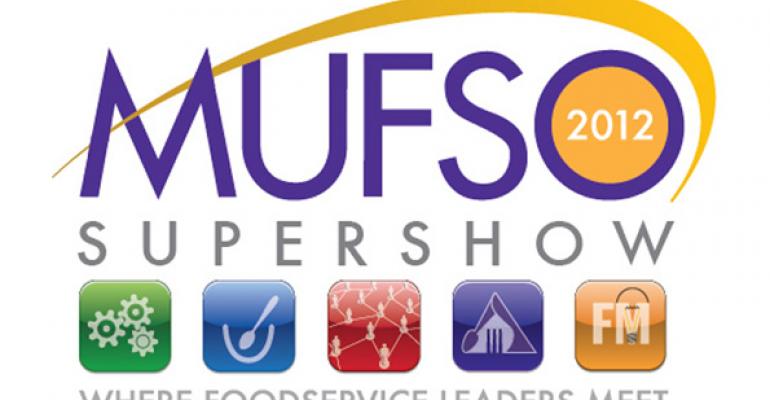 Huntsman, who also is a former governor of Utah, told attendees he believes that while the country is divided at a time when it ought to be pulling together, “we’re Americans first and foremost, and there are some common solutions that we can all agree to and get this nation moving forward…We’re a resilient people and this is a resilient country.”

Regardless of who wins in November, he said, “we’re going to … have a moment of clarity shortly thereafter in terms of tax policy, because that’s where the marketplace is moving for Republicans and Democrats; in terms of spending priorities, which is completely bankrupting this nation and leaving the next generation saddled with the most massive obligation we’ve ever passed down to the next generation.”

And, he continued, “I believe it will be a boost for this marketplace like we haven’t seen in a very long time. We’ll look back next year and see that we’re still wallowing in debt, the housing market is still sucking wind, but we kind of know where we’re going, but we’ll keep moving forward as Americans and pull ourselves together.”

Huntsman also underscored what he believed to be four key issues that will help to shape the future — the United States, energy, China and Europe.

The United States, he said, has three “deficits” that must be addressed — the fiscal deficit, the trust deficit and the confidence deficit. To address the fiscal deficit, lawmakers must be willing to take on Social Security, Medicare, Medicaid and the Defense Department, he declared.

“There can be no more sacred cows…everything must be on table to get fiscal house in order,” he said.

Huntsman also noted that the trust deficit is “just as corrosive” as the fiscal deficit. “It is quite clear to me that people in this country no longer trust their elected officials,” he said, noting that Congress has an 8-percent approval rating. “If you don’t trust your elected officials, if youdon’t trust your institutions of power, if the banks are too big to fail, what happens when a country is devoid all of a sudden of trust?”

The confidence issue also troubled him, he said, but added the nation can get over that quickly. “We’re a little bit in a funk … but that’s not who we are,” he said. “We’re a bunch of blue sky, optimistic problem-solving people who always find solutions.”

Huntsman also addressed the energy issue, focusing on the critical importance of natural gas found in shale deposits beneath the surface of the earth. “The U.S. has been given the greatest gift in 100 years and we don’t even realize it. It’s called shale gas,” he said. “We have it in great abundance.”

As a result of recently developed drilling techniques that can tap into natural gas deposits found in shale, “by 2030 we could be an energy self-sufficient nation,” he said.

He cited Europe as being another central issue that will help to shape the economic direction of the United States. He questioned the stability of the European Union, noting that it “put the cart before the horse. A monetary and fiscal union was created before there was a political union,” Huntsman said. “It’s like taking out a joint checking account before you get married and hope it all goes well. Does federalism even have a future in Europe? Europe could be on the doorstep of a prolonged economic problem. The disparities [among the nations] may be too great to pull off something.”

However, he pointed to the rise of China as being the most important story of the century. “The most significant issue is the rise of China and how the rest of the world responds to this phenomenon,” Huntsman said. “They are the second-largest economy in the world, and we must keep an eye on their economic transformation. It’s historic in nature. They are moving from an export platform to a consumption platform.”

But while Huntsman addressed a number of key global issues impacting the U.S. economy, he also took the time to encourage attendees to step up their involvement in politics and their communities. “We ought to be prepared to sacrifice to make our communities a better place to live,” he said. “Get revved up about your participation in politics. I hope you vote, but I also hope you take personal interest in the well being of your community and invest something in it In terms of time and effort.

“We’re at a turning point in American history — at a time when we need to be inspired and pull together, regardless of your point of origin or background,” he continued. “We’re at a time in history when the stakes are so high. I hope you walk out of this room with a heightened sense of the fragility of our system. It is based on participation by the people.”

The keynote presentation was sponsored by Service Management Group.