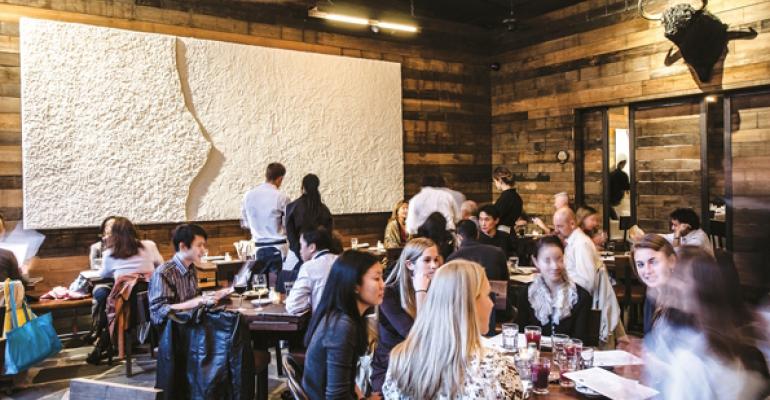 General Atlantic, a global private investment firm that has taken a recent interest in consumer companies, has made a growth investment in Barteca Holdings LLC, the Norwalk, Conn.-based operator of Barcelona Wine Bar and Bartaco, the company said Wednesday.

Terms of the deal were not disclosed, but the addition of General Atlantic to its investor list, which already includes the private equity firm Rosser Capital Partners, gives Barteca access to a wealth of resources that could help the company grow.

“There’s a depth to what General Atlantic has done,” Barteca CEO and cofounder Andy Pforzheimer told Nation’s Restaurant News. “They’ve got a terrific PR/crisis management division. They’ve got IT specialists. They’ve got HR specialists. Their portfolio company list is really impressive. And they’ve been clear from the beginning that they make it available.”

Those resources were vital for a company like Barteca. The company’s two concepts have a combined 22 locations, with five under construction, and are widely considered up-and-coming polished casual restaurant chains.

With literally dozens of private equity groups looking to make growth investments in hot young restaurant concepts, Barteca had its pick of potential investors. “We get offers every now and then,” Pforzheimer said. “Most of the time they don’t offer that much other than money. In this case (General Atlantic) is obviously bringing something to the table.”

General Atlantic was founded in 1980 and has several offices around the world with $20 billion in capital under management. The firm takes a long-term view in its investments, which have spanned several industries, including Internet technology, financial services and health care. Its investments include a remarkable number of growth companies, like Uber, Airbnb, Vox Media and Buzzfeed.

More recently it took an interest in retail and consumer companies, particularly after a successful, 2012 investment in the women’s clothing company Tory Burch.

In 2014, the firm brought in Andrew Crawford to head its retail and consumer sector. Crawford had worked with Advent International and had been on the board at Bojangles’ Inc.

The investment in Barteca is its first in the restaurant industry in the U.S., though General Atlantic has invested in a hot pot concept out of China. Barteca nevertheless is exactly type of company the firm is interested in — a growth company with a strong management team.

“This is right down the middle for us in terms of fast-growing, on-trend, wonderful management team,” said Shaw Joseph, a vice president with General Atlantic. “We’re huge fans of the concepts.”

General Atlantic has known Harold Rosser and Jacob Organek, the founders of Rosser Capital Partners, for some time. The firm was introduced to Pforzheimer a year ago, and started a dialogue with the management team. More recently that dialogue evolved into investment discussions. “The specifics of the transaction came together the last few months,” Joseph said.

He said that Barcelona and Bartaco have had consistent sales performance, whether they open in existing markets or in new markets where there is less consumer awareness.

“The consistency and breadth of growth has been impressive,” Joseph said. “We think both concepts have great food and service and a great atmosphere. And we’re big believers in new concepts taking share from the old guard, especially in quick-service and casual dining.”

For Barteca, it was important to get a partner that won’t hurt management’s relationship with Rosser and its existing board. “We have one of the best boards in the business,” Pforzheimer said. “We wanted to make sure that we didn’t turn everything upside down.”

Barteca recently opened its first restaurant in Nashville, and the company is planning at least a half-dozen new locations next year. The company has added locations at a methodical pace and it is careful in picking those locations.

The two chains’ locations are generally about 4,000 square feet and seat between 120 and 150 customers. The company named Jeff Carcara company president. Carcara has experience with Houston’s and Darden Restaurants Inc.

Pforzheimer said that the company’s restaurants offer high-end fare for a price that is low enough to draw customers multiple times a week. “We like regulars,” he said, “and we like neighborhoods where there are regulars.”

He also said the company has been fortunate in terms of timing. “We’ve been lucky in terms of catching the wave in terms of people’s desire to eat in a more free-form way, with smaller sizes at all different times of day,” Pforzheimer said. “We were in the right place at the right time with that model.”