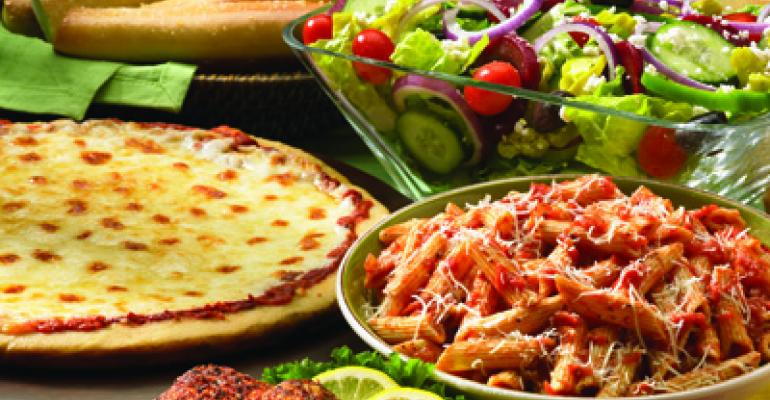 A group of former franchisees of the Pat & Oscar’s brand in Southern California have rebranded their nine restaurants to a new concept called O’s American Kitchen.

The move follows the liquidation of the Pat & Oscar’s franchising company, which filed Chapter 7 bankruptcy in September 2011, closing the three remaining corporate locations.

At the time, 11 franchise locations remained open. However, four of the brand’s franchise operators have banded together to rework their restaurants into O’s American Kitchen, featuring a similar but upgraded menu of pastas and pizzas, as well as more ethnic flavors and the breadsticks Pat & Oscar’s was known for.

The restaurants are also being redesigned with a new look, updated interiors and logo. Two of the restaurants have been converted and a third is under way, said Ron Camera Jr., one of the owners. The rest will follow this year.

Camera said the group had tried to acquire the rights to the Pat & Oscar’s brand, but were unsuccessful. So the group decided instead to create something new.

“We wanted to keep our core demographic but to give them more quality and something fresher,” Camera said.

Five franchise locations remain open separately under the Pat & Oscar’s name, he said, though some of those franchise operators are expected to make the jump to O’s American Kitchen.

The fast-casual Pat & Oscar’s chain, which was known for its value-positioned combo meals served family-style, once had 19 locations. The chain’s founder Oscar Sarkisian, who opened the first location in 1991, has also reclaimed one restaurant, which he operates as a Pat & Oscar’s. It was not clear Wednesday who holds the rights to the Pat & Oscar’s brand.

The bankruptcy came two years after industry veterans John Kaufman and Tim Foley had acquired the chain in a management buyout lead in 2009. Kaufman and Foley’s group bought the chain from Pacific Equity Partners, which then also owned the Sizzler restaurant chain and KFC franchise units in Australia.

Camera is joined in San Diego-based O’s American Kitchen by other former Pat & Oscar’s franchisees Frank Jiminez, Carlyle MacHarg and Chad Bertagnoli. The group brought back chef Greg Schroeppel, who had also been working with Pat & Oscar’s, to tweak every menu item — even the beloved breadsticks, which Camera said were enhanced.

After going through the horrors of bankruptcy, Camera said the group is enjoying a new sense of having control. “It’s nice that we’re able to do this together. We each have our different strengths we bring and we’re listening to our team members,” he said. “It has given us the opportunity to do something we’ve never really been able to do before.”

The former Pat & Oscar’s operators are among a handful of franchisees that have joined forces following a bankruptcy.

The Ground Round brand was acquired by a franchisee cooperative in 2004, which later developed variations on the concept.

Bennigan’s was also acquired by its franchise group in 2008, after parent S&A Restaurant Corp., a division of Metromedia Restaurant Group of Plano, Texas, and affiliated companies filed Chapter 7 bankruptcy liquidation.