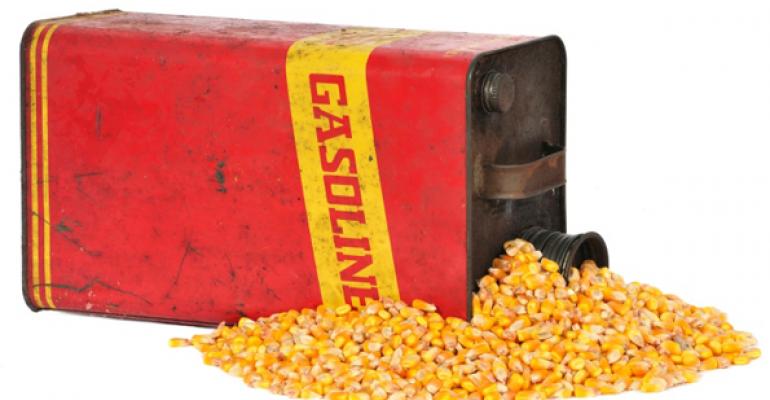 Restaurant and food associations voiced support for a bipartisan bill introduced in Congress Wednesday that would reform the Renewable Fuel Standard, which requires that large quantities of corn be diverted for use in the production of corn-based ethanol.

Opponents of the RFS argue that the government’s policy of fostering the use of corn — the chief ingredient in U.S. livestock feed — as a fuel source is artificially inflating its price and thereby driving up other food chain commodity costs like meat, dairy and wheat.

Today, about 40 percent of the U.S. corn crop is being converted into corn-based ethanol, which yields about 13 billion gallons a year. That figure is projected to rise to 15 billion gallons by 2015, according to the American Coalition for Ethanol.

Corn-based ethanol is a renewable energy resource favored by environmentalists and many within the government for use as an oxygenator in gasoline that helps reduce exhaust emissions. Many view it as being better for the environment than other additives.

In a letter to the bill’s sponsors, Scott DeFife, executive vice president, Policy and Government Affairs for the National Restaurant Association, said, “Rising food costs remain a top business challenge for restaurants with wholesale food costs increasing nearly 30 percent in the last six years. The Renewable Fuel Standard’s corn-based ethanol mandate has created a market for fuel use of this feedstock that has tightened supply margins and contributed to this rise in costs.

Rob Green, the executive director of the National Council of Chain Restaurants, said the NCCR applauded the bill’s sponsors “for introducing legislation to overhaul the RFS and for working to bring common, economic sense back into the discussion on ethanol and the RFS.”

Green also called for the repeal of the RFS, citing a recent study by consulting firm PwC. The study determined that if the law and ethanol requirements remained unchanged, they would increase chain restaurant industry costs by up to $3.2 billion each year the RFS stays in effect.

Pamela G. Bailey, president and CEO of the Grocery Manufacturers Association, also praised the four lawmakers. “Americans need responsible energy policy solutions that do not pit our nation’s energy needs against food security for millions of families,” she said.