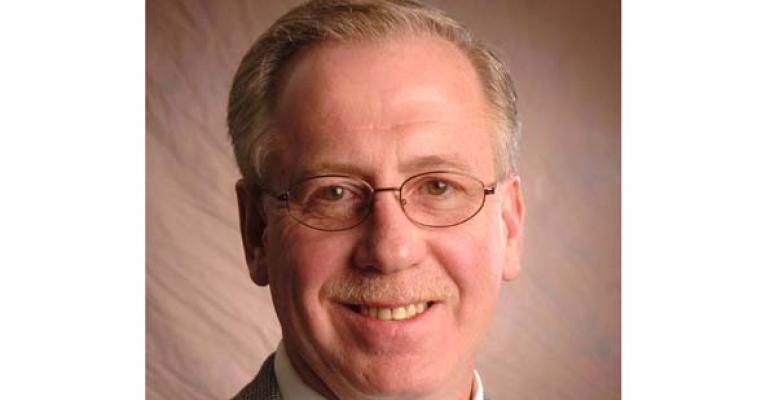 Focus Brands opened more than 200 international restaurants in 2012, and the company plans to do the same in 2013.

During the past couple of years, international expansion has been a priority for the Atlanta-based parent company of Auntie Anne’s Pretzels, Carvel Ice Cream, Cinnabon, Seattle’s Best Coffee, Moe’s Southwest Grill and Schlotzsky’s. So much so that in November, the company opened its 1,000th international location: a co-branded Cinnabon and Auntie Anne’s store in Port of Spain, Trinidad.

Mike Shattuck, president of Focus Brands International, says he spends 50 to 60 percent of his time on the road, developing current and burgeoning international locations for the company. “We see a lot of growth potential out there,” he said. “And we have the capacity to do so efficiently.”

Shattuck spoke with Nation’s Restaurant News about the challenges — and perks — of the company’s international growth.

Why has Focus Brands put so much energy into expanding internationally?

Part of what allows us to do it is that we run our international business as kind of a shared service division. We can get synergy among our brands. When we expand another brand, we just plug it into our shared service model. That does something. If you were to take a brand from scratch it would be much harder.

Expand on that ‘synergy’ a bit. What is the strategy when you enter a new market?

We have what I would call snack brands: Auntie Anne’s, Carvel. Then we have our center-of-the-plate brands, which are more difficult to develop internationally. Once the snack brands are established, we can follow with our center-plate restaurants.

We use the snack brands as the lead brands. They have relatively fast returns and very fast value penetration. Leading with them helps us learn the new market first hand. You can do all the research in the world, but the real learning starts to occur when you’re in the market.

You’ve mentioned that there is a huge advantage to being first in an international market in any given category. Why is that?

There’s a great deal of advantage to be first to market to in your category. I spent my early years in international [work] with a brand called Hardee’s. We were constantly coming into markets after brands like McDonald’s and Burger King. First, the market endears you to those new consumers. You’re front of mind. It gives you a special place in the consumer’s mind because you were the first they had — you were the first burgers. And if you have the right partners and the right development brand you can find partners that help you maintain that position.

Which international markets are you focusing on?

Let’s define the Middle East, Latin America and Southeast Asia as our largest broad growth markets. Russia is also a key market for us. We have Moe’s operating there today. We have Cinnabon and Auntie Anne’s operating in the market. And we’re about to close a transaction on Schlotzsky’s.

Saudi Arabia is also a key market for us. We’ve got over 100 Cinnabons in Saudi Arabia. I would also point to Thailand. That’s a huge, huge market for Auntie Anne’s.

Ramping up growth at Auntie Anne's

Are some markets harder to break into than others?

These bigger markets, like China, Russia or Brazil, take a lot more preparatory work than going in to a small market, like Ecuador, for example. The magnitude and complexities of these markets are just huge.

Which of your brands will expand the most in 2013?

Historically, it has always been Cinnabon. Cinnabon and Auntie Anne’s will still be our fastest growth brands. This year it’s possible that Cinnabon could be replaced by Auntie Anne’s in terms of overall international growth.

Auntie Anne’s is going in to their eighth year of positive same-store sales growth. That’s also a good point for us internationally because it’s a hard business; it’s just pretzels. Cinnabon is a great little brand that punches way, way above its weight.

Cinnabon, in a lot of markets, has reached a point of saturation, so growth may be slower. With Auntie Anne’s we’re getting into a lot of new markets, and we want to expand in them.

What are some of the biggest challenges Focus Brands will face in 2013?

There are also some unique issues. It has settled some, but the Arab Spring in the Middle East is still there. It’s making a more difficult investment market there. Commodities are also always a bit of a wildcard, too.

What are some of Focus Brands’ strengths going into 2013?

If you look at us globally, I think we’ve just done some really great positioning of our brands. Without exception, all of our brands will probably have the strongest growth year that they’ve ever had, or that they’ve had in a very long time, this year. The economy has been difficult, but we’ve done a lot to enhance the business model.