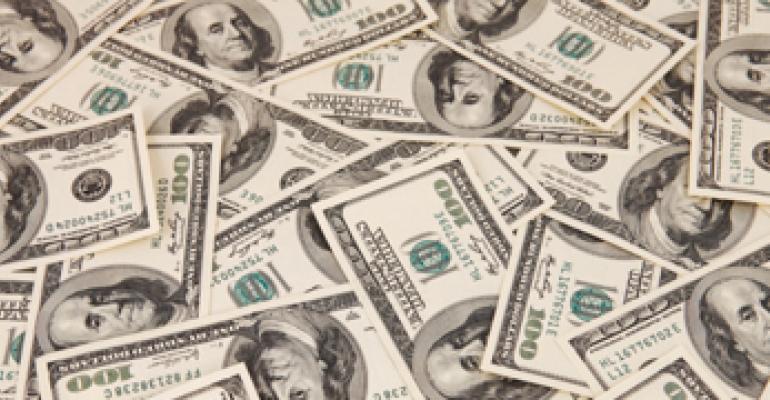 With Europe’s faltering economy and slowing growth in emerging markets, the world will look to the U.S. for the consumer power needed to stabilize the global economy, which could benefit restaurants, experts said at the 2012 Technomic Trends & Directions Conference Wednesday.

Speaking during an economic forecast session at the Donald E. Stephens Convention Center in Rosemont, Ill., Dr. Arjun Chakravarti of the IIT Stuart School of Business said American consumers will be asked to pick up the slack for Europe and Asia, though significant challenges to that demand remain. Restaurants will need to keep refining their value propositions, and U.S. lawmakers could help by passing policy aimed at increasing certainty in the economy, particularly with regards to housing, he said.

“We’re going to have to look at the U.S. consumer as the primary driver of global economic growth for the next couple of years,” Chakravarti said. “Keep in mind that we’re coming off a big debt overhang from the housing bubble. … In the fourth quarter, uncertainty from the election is going to matter in people’s decision-making.”

Even with an expected election-related slowdown, the economy could grow as much as 2 percent in 2012, with a slight acceleration in 2013, he said in his forecast.

Though job growth has not been as robust as people had hoped for 2012, it is worth noting that job creation has occurred despite a reduction of more than 4 percent in government sector spending this year, Chakravarti said.

Also, optimism as measured by the University of Michigan’s Consumer Confidence Index has risen steadily this year to a post-recession high of 79.3 in May. However, Chakravarti noted, those numbers need to be viewed with the context that negative economic news causes volatility in the confidence numbers.

“Consumer confidence is not as much of a leading indicator as you’d like it to be,” he said. “People are responding to a lot of one-off reports from the media and are highly reactive to that.”

Short-term factors like a change in gas prices in a given week will determine what customers do that weekend with their discretionary dollars, added Technomic president and CEO Ron Paul in his State of the Industry report. He said decreases in consumer confidence might not cause customers to trade out of restaurant visits as much as they opt for lower-price items, which degrades a restaurant’s average check.

Chakravarti characterized the state of American consumer spending as “a tale of three economies” with wealthy customers — buoyed by high asset prices and a mostly recovered stock market — spending like they had before, the poorest Americans stuck in a “dire employment situation,” and a still large middle class aggressively deleveraging their household balance sheets.

Much of that deleveraging comes from middle-class consumers forgoing major purchases like a home or a big vacation, he said, but that could benefit restaurants as dining out becomes the new luxury for their discretionary dollars. “Fortunately for foodservice, what that means is that people who are trying to save money will indulge in that occasional night out,” Chakravarti said. “People are starting to see that as part of their saving strategy in some sense, which is another buffer relative to the rest of the economy that would allow foodservice to outperform.”

Another challenge to U.S. businesses is the policy uncertainty in an election year, Chakravarti noted. Restaurants and other businesses may wait to invest in hiring until they know whether tax reforms take place, whether health care reform gets repealed or whether the government intervenes to prop up the housing market further.

“When you look at this list of policy issues, does it make you want to do one thing or the other?” he asked. “It probably just makes you want to sit there and wait things out.”

It seems unlikely that European consumers could increase their spending to bolster the world economy, he said, compounding the effects businesses all over the world are feeling from slowed growth in China, India and Brazil.

A possible European slowdown poses a relatively low risk to American exports, Chakravarti added, but the real threat to the United States would come from a European banking shock that could lower the prices of Americans’ assets. “That could have an effect on these high-income consumers who have been spending a lot at restaurants based on their asset-value growth," he said. “The thing you need to keep your eye on for foodservice is whether there’s going to be a big asset price shock from Europe.”

For the moment, Technomic’s Paul said, Americans have not cut back completely on their restaurant visiting habits, so domestic brands can hang on to that business through differentiation and execution.