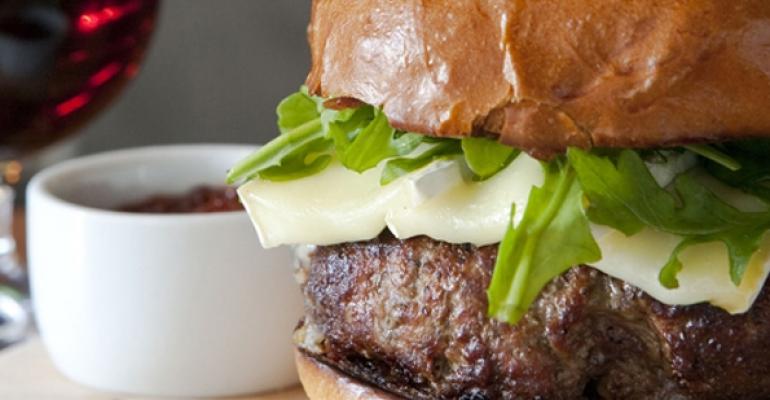 The parent of the casual-dining Daily Grill chain is launching a gastropub concept in Los Angeles that's designed to spark new growth.

Grill Concepts Inc., parent of the 17-unit Daily Grill chain, as well as seven locations of the higher-end The Grill on the Alley, is scheduled in November to open Public School 310, a beer-focused restaurant with a seasonal-menu that promises to offer “an education in the art of beer and food,” the company said.

The company began testing the Public School concept after converting the bar area of a Daily Grill in downtown Los Angeles to Public School 612 — a reference to the address at 612 S. Flower St. About 20 craft beers are offered on tap and a separate menu was developed by Phil Kastel, Grill Concepts’ vice president of culinary development.

Public School 310, or PS 310 — a reference to the chic West Los Angeles telephone area code — will be the first freestanding location. It’s scheduled to open in Culver City in a 4,000-square-foot space with 125 seats, smaller than most Daily Grill locations, which range between 4,000 and 6,000 square feet.

Bob Spivak, Grill Concepts’ president and chief executive, said Public School is the company's "concept for the 21st Century.” Times have changed, said Spivak. “We felt we needed to change with them.”

Adding a new concept to the portfolio will also allow the company to build out core markets, including Southern California and Washington, D.C., as well as cities with existing Daily Grill locations, he said.

A third Public School location — PS 805 — is scheduled to open next spring in the Los Angeles suburb of Westlake Village, next to The Grill on the Alley there.

“After that, we’ll see what changes, if any, will need to be made before going further,” said Spivak. “However, our plans are to open several more.”

Spivak said the company may apply the concept to existing Daily Grill locations, as it did for the test in downtown Los Angeles. “It makes a lot of sense when we can increase our bar sales without much additional labor,” he noted.

While Daily Grill’s bar sales, representing about 20 percent of total sales, are on the “medium-low” side for upscale casual dining, Spivak said Public School locations are expected to see about 40 percent of sales from the bar. Menu pricing will be similar to Daily Grill, which has an average check of about $16 at lunch and $25 at dinner, he said.

The extensive craft beer selection was developed with input from connoisseur Hallie Beaune, one of the two beer sommeliers that make up The Beer Chicks and co-author of the book “The Naked Pint.” The bar will also feature artisanal cocktails and wines “on tap,” served from wine kegs.

Happy hour will be known as “Recess” and will feature menu specials as well as ongoing “night school” classes that focus on topics such as beer pairings and seasonal cocktail tastings.

Kastel said the menu at PS locations will be more farmers market–driven and neighborhood-centric, a step away from the “comfort food” focused menu at Daily Grill. Dishes on deck for PS 310, for example, include cioppino, lamb Bolognese, and a cauliflower gratin with crispy speck that Kastel said “rivals any mac and cheese.”

Spivak said the company is continuing to grow the Daily Grill chain. Sales for the company overall have been trending up 5 percent year to date, he said, “and profits are up substantially more over that.”

A cofounder of the company in 1984, Spivak returned to the chief executive seat at Grill Concepts in 2010 after retiring in 2006 to work as a restaurant industry consultant, though he remained on the board. Two years ago, however, Spivak was brought back to the helm after former chief executive Philip Gay stepped down.