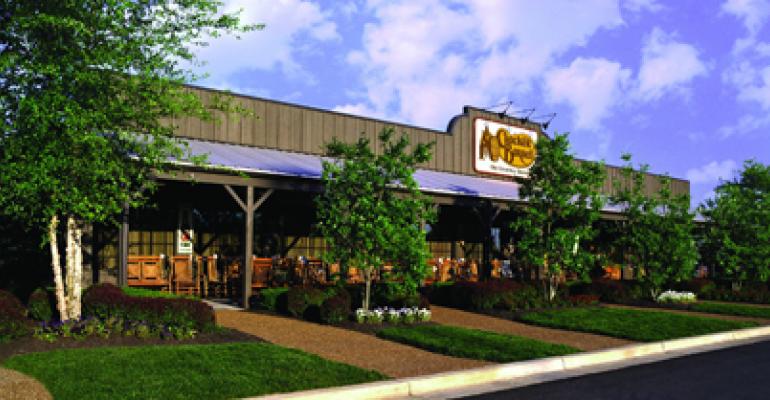 For the quarter ended Aug. 3, net income totaled $34.7 million, or $1.47 per share, compared with earnings of $17.5 million, or 75 cents per share, in the same quarter a year earlier. Cracker Barrel recorded $1.2 million in impairment charges in the year-ago quarter, and no similar charges in the latest quarter. In addition, the company’s fourth quarter interest expenses fell 30 percent, year over year.

“At a time when customers want a good value, we reminded them that our food is made from scratch and served fresh at a reasonable price,” she said. The company is also adding a “Wholesome Fixin’s" section to the menu, which will feature breakfasts under 450 calories, and lunches and dinners with 600 calories or fewer. The menu additions are in response to customer demand for lighter options, she said.

Looking at fiscal 2013, Cracker Barrel said it expects total revenue, which includes restaurant and retail operations, to total between $2.6 billion and $2.65 billion. Revenue growth will be driven by the opening of 12 new Cracker Barrel locations, the company said, as well as projected increases in same-store restaurant and retail sales of between 2 percent and 3 percent.

Cracker Barrel also noted it expects food commodity cost inflation of between 5 percent and 6 percent for the year.